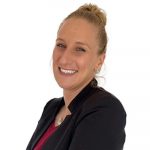 Lisa Riley holds a Bachelor of Laws and a Graduate Diploma in Legal Practice. She also holds a Graduate Diploma in Counselling. She was admitted in the Supreme Court of Western Australia in 2018. During law school, Lisa wrote a parliamentary submission on Domestic Violence and received a personal response from the Premier, commending her on her willingness to advocate for vulnerable people. Lisa has experience in Personal Injury law, Workers Compensation, Will, Estates and Trusts and also has a keen interest in Mediation, Arbitration and Dispute Resolution.

A person can be found guilty of the tort of negligence in a range of contexts. Any person who does something that could affect someone else has a duty of care to the other person. The level of care owed to the other person depends on the situation. Negligence can occur in a professional setting or in the ordinary course of life, such as when a person drives a car and injures someone. This article will focus on legal professional negligence.

The 1932 case of Donoghue v Stevenson set down the foundation for the law of negligence in Australia. To be successful in an action of negligence a complainant, otherwise known as the plaintiff, must establish that four elements exist. These four elements are:

Section 402 of the Legal Profession Act 2008 (WA) sets out what constitutes unsatisfactory professional conduct. It states that unsatisfactory professional conduct includes “conduct of an Australian Legal Practitioner occurring in connection with the practice of law that falls short of the standard of competence and diligence that a member of the public is entitled to expect of a reasonably competent Australian legal practitioner”.

If a client can establish that the above elements exist, then it is likely that it will be found that the particular legal practitioner in question is not a fit and proper person to engage in legal practice and the proper administration of justice.  However, it will not necessarily lead to a successful claim of negligence.

If a client feels a legal practitioner has been negligent, they can lodge a written complaint to the Legal Practice Complaints Committee and/or seek to have the matter dealt with by the State Administrative Tribunal.

Section 438 of the Legal Profession Act sets out the jurisdiction of the State Administrative Tribunal to make a finding that a legal practitioner has engaged in either unsatisfactory professional conduct or professional misconduct. A complaint can lead to disciplinary action being taken against the legal practitioner. However, only in rare cases will it lead to an action in legal professional negligence.

Plaintiffs who wish to take action against legal practitioners for legal professional negligence and who seek some form of financial compensation must take separate, and private, action through the courts. This action will fall within the civil jurisdiction of the courts. Complainants should be aware that bringing an action for negligence through the courts will often be expensive and time-consuming. Where a claim for professional negligence is successful it will lead to a court awarding the claimant, or plaintiff, a sum of damages to compensate them for the losses he or she has sustained as a result of the negligent actions of a legal practitioner.

Negligence is an action derived from the common law and has four elements. A complainant will need to establish that a legal practitioner had a duty of care, that legal practitioner breached that duty of care by engaging in some form of deliberate act or omission, that the client suffered some form of injury or damage (financial or otherwise) as a result of that act or omission and that it was reasonably foreseeable that as a result of that act or omission that person would suffer damage or injury.

In order for an action for legal professional negligence to be successful each of the above elements will need to exist and be proven. The courts will award a plaintiff damages where he or she is successful in his or her application. Where a client feels a legal practitioner has been negligent in discharging his or her duties to the client that client can lodge a complaint to the Legal Practice Complaints Committee or have further action taken through the State Administrative Tribunal. Often this course of action will lead to a legal practitioner being subject to some form of disciplinary action for either Unsatisfactory professional conduct or professional misconduct. Unsatisfactory professional misconduct is the less serious of the two forms but can still in rare cases give rise to an action in negligence.