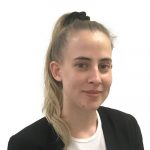 Courtney Ashton holds a Bachelor of Laws and a Bachelor of Criminology and Justice from Edith Cowan University and a Graduate Diploma of Legal Practice from the College of Law. Courtney was admitted to practice in the Supreme Court of Western Australia on 13 December 2019. Prior to her admission as a lawyer, Courtney engaged with various law firms as a volunteer and took part in university mooting competitions

­­In Western Australia, how an offence is described in the statute affects whether the charge must be dealt with on indictment in the District or Supreme Court or as a summary offence in the Magistrates Court. West Australian legislation describes two types of offences: simple offences and crimes. There are also ‘either way’ offences contained in the Criminal Code. These offences can be dealt with either as simple offences or as a crimes.

What is a simple offence?

A simple offence in Western Australia is a criminal act referred to in the Criminal Code 1913 as an ‘offence’ and not a ‘crime.’ The Magistrates Court in Western Australia has exclusive summary jurisdiction and deals with all types of ‘simple offences.’ Simple offences cannot be dealt with in the District or Supreme Court. For example, under section 313 of the Criminal Code, a person who commits a common assault is guilty of a simple offence. Such a person is liable to imprisonment for up to18 months and a fine of up to $18,000 or if the offence is committed in circumstances of aggravation, to imprisonment for three years and a fine of up to $36,000.

Other examples of simple offences are:

What is a crime?

Under the Criminal Procedure Act 2004, any criminal act referred to as a ‘crime’ is an indictable offence. In Western Australia, an indictable offence may only be dealt with by the District or Supreme Court. The matter will commence in the Magistrates Court and then be committed to a higher court.

For example, under section 318A of the Criminal Code, any person who assaults an aircraft crew member is guilty of a crime and is liable to imprisonment for 14 years.

Unless otherwise prescribed, the prosecution of a person for a simple offence must be commenced within 12 months of the date of the alleged offence.

The prosecution of an indictable offence may be commenced at any time.

What is an ‘either way’ offence?

An ‘either way’ offence is an offence described as a crime for which the legislation sets out two maximum penalties – one that applies where the matter is dealt with in the summary jurisdiction (Magistrates Court) and another that applies where it is dealt with on indictment (District or Supreme Court). For example, under section 317 of the Criminal Code, a person who commits an assault causing bodily harm is guilty of a crime and is liable to a maximum penalty of five years imprisonment when dealt with on indictment (or seven if the offence is aggravated) but only to a maximum of two years imprisonment and a fine of $24,000 when the offence is dealt with in the summary jurisdiction (or three years and $36,000 if the offence is aggravated).

Other examples of ‘either way’ offences include: