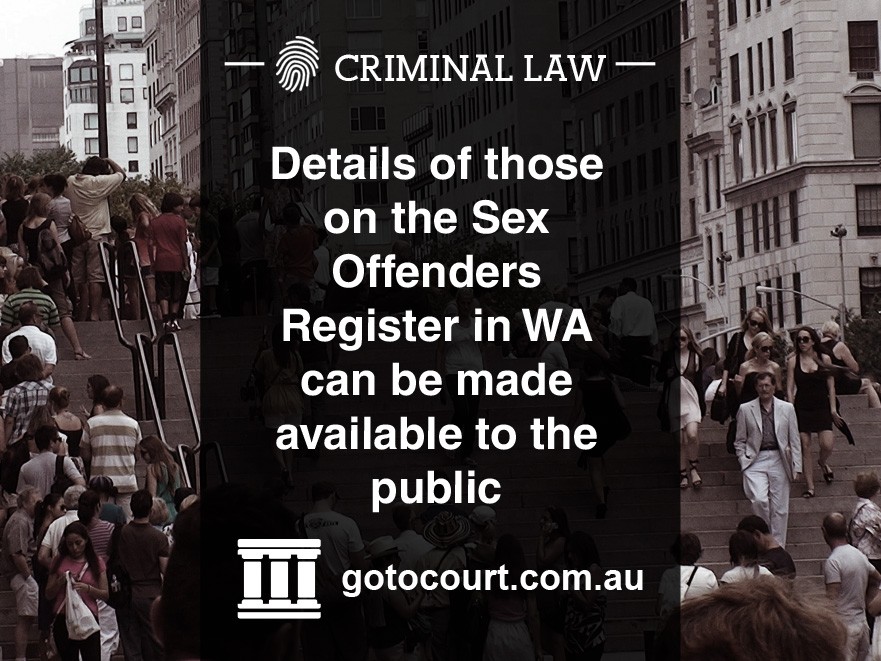 Inclusion on the Sex Offenders Register in WA

A person can be included on the Register if they have at any time been sentenced for a registrable offence.

The penalties for not complying with obligations are $12,000 and imprisonment for 2 years. The information in the Register can only be accessed by authorised persons.

Details to be reported

Those on the Sex Offenders Register in WA must provide all relevant details to the Police and ensure they remain current. These details include:

Reporting while on the Sex Offenders Register in WA

The Act specifies how long a person on the Sex Offenders Register in WA is given to report to Police.

The Community Protection Website contains limited details of those on the Sex Offenders Register in WA. There are 3 tiers of disclosure:

This article reflects the state of the law as at 12 February 2016. It is intended to be of a general nature only and does not constitute legal advice. If you require legal assistance, please telephone 1300 636 846 or request a consultation at gotocourt.com.au.