Breach of Bail in Queensland

If you are charged with a serious offence in Queensland, the police may grant you bail. If they don’t grant you bail, then the court will consider a grant. If you are given bail, either by the police or the court, you will need to sign a written promise to come to court when you are required to and to comply with any other conditions that are set. This is called a bail undertaking. The Bail Act 1980 is the law that covers bail in Queensland. A breach of bail in Queensland can have very serious consequences so it is important that you read your bail undertaking very carefully and understand all of the conditions that you have to comply with. You can be charged with breaching your bail if you don’t obey all of the conditions in your bail undertaking and your bail could be revoked (cancelled). You can be charged with failing to appear if you don’t come to court when you are meant to. 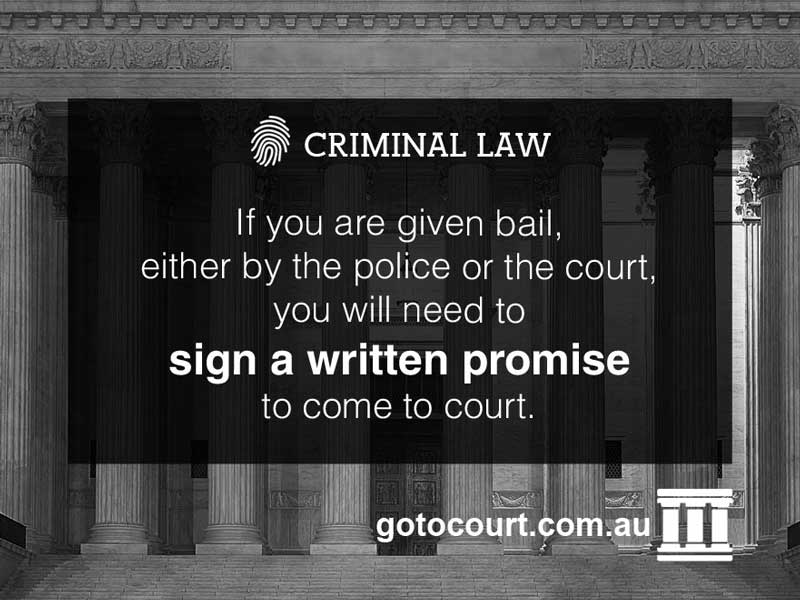 If you don’t come to court on one of your court dates the court may issue a warrant for your arrest under the Police Powers and Responsibilities Act 2000. Sometimes the court will order that the warrant lie in office after it is issued. This means that it is not forwarded to the police so they can arrest you. Your matter is adjourned to another date to give you the chance to come to court and explain why you didn’t attend. You can hand yourself in at the court if you have failed to appear and a warrant has been issued but you have not been arrested.  If you have a good excuse for not attending court the magistrate may cancel the warrant. If you are arrested and plead not guilty to the charge of failing to appear, the matter will usually be adjourned for a hearing. You may or may not be granted bail until the hearing. It is a defence to the charge of failing to appear if you can satisfy the court that you had a reasonable cause (that is, a good reason) why you didn’t attend.In Queensland you can be arrested without a warrant and taken before a court if you break any of your bail conditions, even if you are complying with the rest of the conditions. This includes any direction that you attend a drug and alcohol assessment referral or a health assessment. Your bail may be revoked (cancelled). You will have the opportunity to explain to the magistrate why you did not comply with the conditions of your bail.  If the court thinks that your excuse is reasonable it may excuse your breach and grant you bail again. If it does not think that it is reasonable, then you will be sentenced for breaching your bail. You may be kept in custody until the matters that you were on bail for are finalised, unless the court agrees to grant you bail. You must enter a new bail undertaking if you are granted bail.In Queensland you can be liable for a maximum fine of up to $4,000.00 or be sentenced to up to 2 years in prison if you are convicted of either the offence of breaching your bail or the offence of failing to appear in accordance with your bail undertaking. If you do receive a prison sentence it will be cumulative (served on top of) any prison sentence that you are serving at the time or that the court imposes for any other offences. If any money or security was deposited or promised by you or by a surety, it may be forfeited to the state of Queensland and not refunded to you and/or your surety.If you are convicted by the court of breaching your bail it will affect any decision on whether or not you are granted bail if you are arrested again in the future. You will have to show cause in future when you make an application for bail. This means that you have to convince the court why keeping you in prison until your matter is finalised is not justified. This will make it much harder for you to be granted bail in the future.

Murder and Manslaughter Charges in Queensland

Costs in the Criminal Court in Queensland