In Queensland, stalking is an offence under section 359B of the Queensland Criminal Code 1899.

Other behaviours which cause a person detriment or fear of violence, such as the following, can lead to an unlawful stalking charge:

To commit unlawful stalking, there must have been an intention to direct the stalking conduct to the victim. However, misidentifying the victim is not a defence.

Matters which are not relevant to an unlawful stalking charge

Therefore, the following situations are not relevant for the purposes of a charge of unlawful stalking: 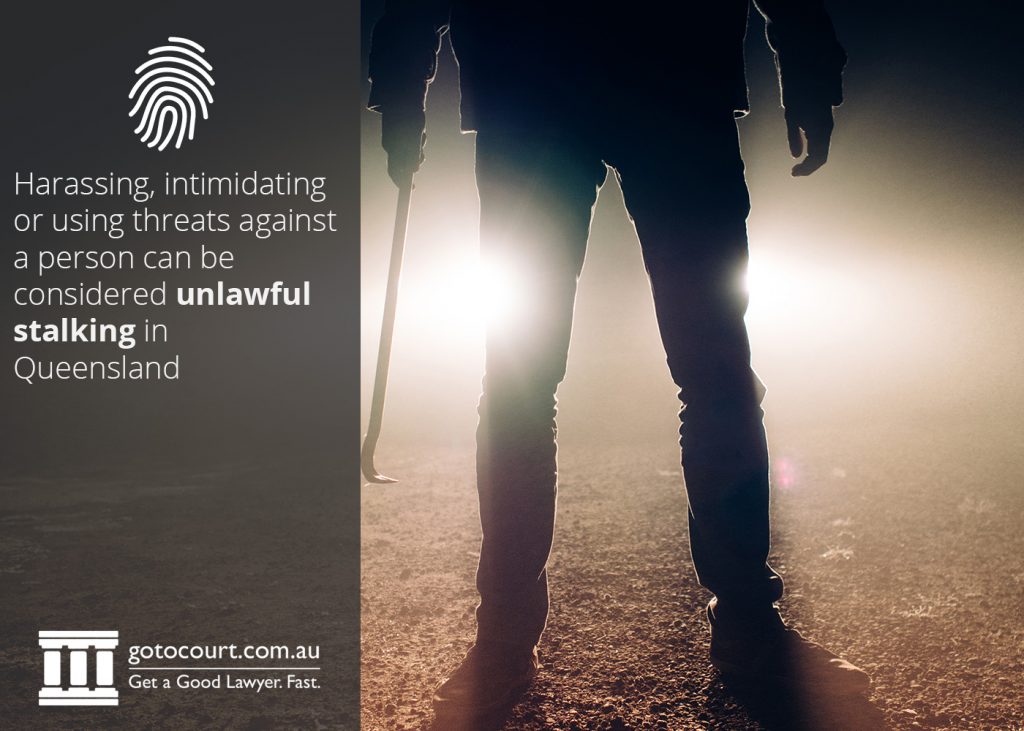 Conduct that is not unlawful stalking

Possible defences to an unlawful stalking charge include: