With respect to employment law in Queensland, most Queensland employees will be covered by the Fair Work Act 2009 (Cth) (FWA). The FWA applies to people who are employed by a ‘national systems employer’, which includes a ‘constitutional corporation’ and the Commonwealth insofar as it employs people. Shortly after the FWA was introduced, the Queensland government enacted legislation referring much of its powers to the Commonwealth and expanding the definition of ‘national systems employee’.

The combined effect of these Acts on employment law in Queensland is that now almost all employees in Queensland, with the exception of employees who are employed by the Queensland government, will be covered by the FWA. 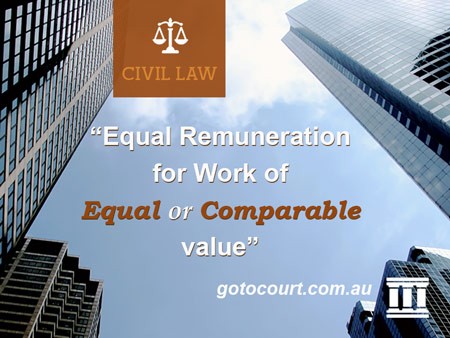 If you are employed by the Queensland government then you are most likely also covered by an Award. Your Award is the primary document to refer to when looking for terms and conditions relating to your employment as it will override the legislated minimum under the IR Act, but only if the Award provisions are more favourable to the employee. Queensland public servants can also refer to the Public Service Act 2008 for matters relating to their employment.

Most of these Minimum Employment Conditions are in line with the National Employment Standards stipulated under the FWA. Entitlements are generally stipulated for the full time equivalent of service and casual workers, part-time workers, shift workers and pieceworkers should all be aware of their entitlements, as it may differ from the legislated minimum.

If you have been dismissed from your employment and believe that it was harsh, unjust or unreasonable, or that there was an invalid reason for your dismissal, you may have recourse through the unfair dismissal provisions under the IR Act or through the Fair Work Act. An invalid reason includes being temporarily absent due to illness or injury in circumstances where the absence is reasonable, and being a member of an employee organisation. You must bring an application within 21 days from the date of the dismissal.

You may be represented by an industrial advocate (from a union) or a lawyer, if the Commission approves. Once you have lodged the application form, the Commission will list the matter for a conference, where you may discuss the merits of your case with your former employer and the prospects of settling or resolving the matter.

The Queensland Industrial Relations Commission has many powers including:

The Industrial Court of Queensland hears cases stated to it by the Queensland Industrial Relations Commission, decides on matters for which a penalty is prescribed, and performs any other functions which are specifically prescribed under the IR Act.

Where to find Employment Law in Queensland and Legislation

All Queensland statutes and regulations related to employment law in Queensland are publicly available on the Queensland Government’s legislation website. These include:

The Minimum Employment Conditions are found at Chapter 2 Part 2A of the Industrial Relations Act 1999, and the provisions regarding unfair dismissal are located at Chapter 3 Part 2 of the Act.

Further information, including copies of Awards, Orders, and decisions of the Commission and the Industrial Court can also be obtained from the Queensland Industrial Relations Commission’s website.