The Family Law Act 1975 (Cth) requires a court that is making or changing parenting orders to make the best interests of the child or children its most important consideration. When parents make parenting plans, they are also expected to consider this as the most important principle.

The Family Law Act 1975 (Cth) was amended in 1995 to specifically include the term ‘best interests’ in relation to children. The principles that underlay that change are set out in the United Nations Convention on the Rights of the Child. The child’s best interests are both long-term concerns and short-term concerns and they include the consideration of the child’s physical and emotional well being and their health, financial, educational, moral, cultural and religious interests. 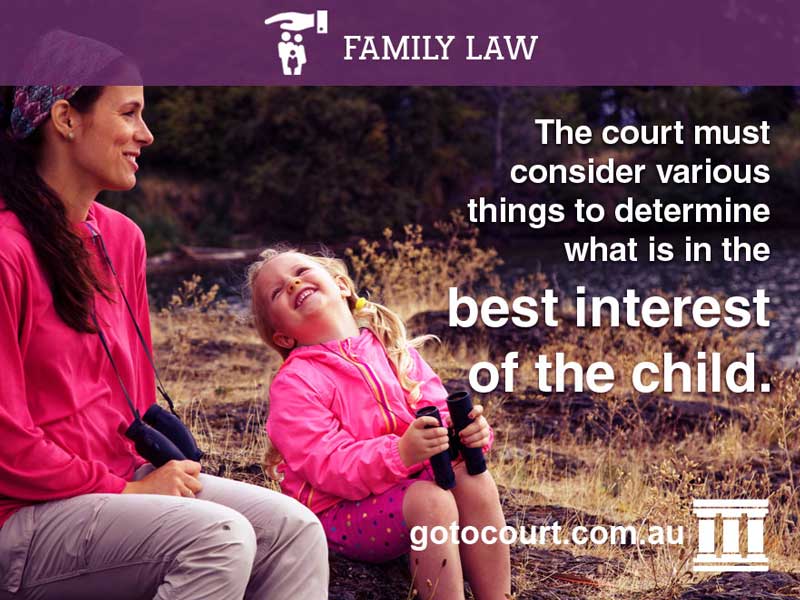 The Act makes it clear that both parents have responsibility for the care and welfare of their children until they are 18 and it is considered that arrangements that allow for shared responsibilities and cooperation between the parents are in the child’s best interests.

The Act gives a list of factors that the courts need to consider when deciding what is in the best interests of the child but other matters might be important in particular cases and the court can consider any facts or circumstances that they consider are important.

The full list of factors that are looked at when considering the best interests of the child are found at section 60CC of the Act.