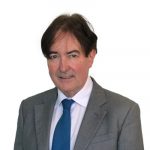 When a couple has separated but is in agreement as to the financial arrangements that should be put in place, property orders can be obtained by consent. The parties can file a joint application confirming the terms of the agreement. The consent orders are then made in chambers by a judge or a registrar without the need for a court attendance by either party. This allows the matter to be finalised quickly and with minimal costs. If a miscarriage of justice occurs during the making of consent orders or some other circumstance makes the orders impracticable, the court may agree agree to vary or set aside consent orders.

When will a court set aside consent orders?

A court may agree to set aside consent orders in some circumstances. One reason this may occur is because a party claims that pressure was exerted on them by the other party in the course of reaching the agreement. Under Section 79A(1)(a) of the Family Law Act, a property order can be set aside or varied if:

An absence of fairness is not in itself a basis upon which a court may exercise its discretion under section 79A to set aside consent orders.

The court may also vary or set aside consent orders where all the parties consent to this.

What amounts to a miscarriage of justice?

Property orders require a consideration of Section 79 of the Family Law Act, including the assets and liabilities of the parties and the financial and non-financial contributions made by each of them. They also require a consideration of the parties’ current financial circumstances and their future needs. The provisions of the Family Law Act are intended to ensure that parties meet their financial obligations and receive a distribution of the assets which reflects their proper entitlement.

In the 1982 decision of Holland and Holland the Full Court of the Family Court said that agreement to a consent order which does not adequately reflect a party’s entitlement under Section 79 does not of itself amount to a miscarriage of justice.  The order must be so far out of the ambit of what is just and equitable that the court may infer that a party has acted under duress, in ignorance or as a result of incompetent advice.

What amounts to duress?

One of the reasons that a court may set aside consent orders is where a miscarriage of justice has occurred because of the existence of duress. Duress is not defined in the Family Law Act, but its definition has been considered by courts in a variety of contexts. In the 1988 decision of Crescendo Management Pty Ltd v Westpac Banking Corporation the court stated:

“A person who is the subject of duress usually knows only too well what he is doing. But he chooses to submit to the demand or pressure rather than take an alternative course of action. The proper approach in my opinion is to ask whether the pressure went beyond what the law is prepared to countenance as legitimate? Pressure will be illegitimate if it consists of unlawful threats or amounts to unconscionable conduct. But the categories are not closed. Even overwhelming pressure, not amounting to unconscionable or unlawful conduct will not necessarily constitute economic duress.”

In the 2010 decision of Hogan and Hogan the court considered the need to properly apply the concept of duress to family law cases. In this case the wife had signed consent orders where she was to receive only $58,000 out of a total asset pool of about $583,000. The wife gave evidence that the husband had been violent to her during the marriage. There was evidence from the wife’s treating psychologist that she suffered from anxiety which was consistent with her account of events. The wife gave evidence that before signing the consent orders the husband had stalked her and had regularly telephoned and text messaged her abusively.  The wife had received legal advice before she signed the consent orders, but not from a solicitor who was experienced in family law.

The court considered the following questions:

Whilst the court did not consider the husband’s conduct in this case sufficient to constitute duress, the court said it could be taken to be bordering on, if not constituting unconscionable conduct. The court considered the percentage distribution of assets to the wife under the consent orders to be manifestly inadequate. The court accepted there had been a miscarriage of justice based not on duress, but on a combination of factors under Section 79A(1)(a) constituting “any other circumstance.”

The above discussion highlights the importance for both parties to an application for consent orders to carefully consider whether the proposed orders are just and equitable and the importance of both parties having independent legal advice from a solicitor with experience in family law before filing the application.

If you need legal advice in relation to a family law matter or any other legal matter please contact Go To Court Lawyers.