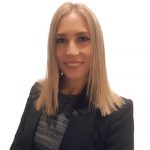 Emma Swiatlo holds a Bachelor of Laws and a Bachelor of Arts as well as a Graduate Diploma of Legal Practice. She was admitted to practice in the Supreme Court of Victoria. Emma has practiced primarily in family law (including parenting matters and property settlements), representing clients in the Federal Circuit Court and the Family Court. She has also represented clients in Personal Safety and Family Violence Intervention Order matters in the Magistrates Court.

When a person seeks child support from another person, they must establish that the person is indeed a parent of the child or children in question. In most cases, parentage is not in dispute. However, when issues arise around parentage, an application will sometimes need to be made under Section 106A of the Child Support (Assessment) Act 1989 or under Section 107 of the Act, to establish whether a person is a parent and should be assessed for child support.

Before the Department of Human Services (Child Support) will create a child support assessment setting out how much child support a parent is obliged to pay, it requires proof that the person from whom support is sought is a parent of the child. This requirement may be satisfied by evidence of any of the following:

If a parent or carer cannot prove that a person is a parent in one of the ways accepted by the Department of Human Services (Child Support), they will need to make an application to the court seeking that the person be assessed in respect of the costs of the child on the basis that they are a parent of the child (section 106A Child Support (Assessment) Act 1989).

Most applications under section 106A are made to the Federal Circuit Court.

A section 106A application can only be made after the Registrar has refused to accept an application for a child support assessment. One of the reasons for such a refusal is that the Registrar could not be satisfied that the person named is a parent of the child.

A section 106A application must be made within 56 days of receiving the notice of refusal to accept an administrative assessment of child support for a child (rule 25A.06 Federal Circuit Court Rules). If an application is outside that timeframe, the applicant may ask the court for an extension of time to file the application. If an extension of time is not sought or granted, a person can reapply to the Registrar for an application for administrative assessment, causing a new notice of refusal to be issued.

The parent filing a section 106A application must file with it a notice of refusal and an affidavit explaining why child support is sought from the other parent. It may be necessary to ask the court to order that DNA testing be conducted to help to resolve the question of whether the other person is a parent of the child. If this is necessary, the laboratory that conducts the test must be authorised to do so under the Family Law Act Regulations or the result may not be accepted by the court.

In some cases, a child support assessment is issued but the person assessed to pay a child’s costs, disputes that they are a parent of the child. A person in this situation can lodge an application to the court seeking a declaration that the other person is not entitled to child support because the applicant is not a parent of the child (section 107 Child Support (Assessment) Act 1989).

An application under section 107 will also require the court to determine whether any child support that has already been paid under a child support assessment should be repaid to the person making the application (section 143 Child Support (Assessment) Act 1989).

What do you do once you get a declaration?

Once a declaration has been made under section 107, it can be lodged with the Department of Human Services (Child Support) for the purposes of confirming parentage for child support. If the declaration means that the child’s birth certificate must be amended, an application must be made to the Registry of Births, Deaths and Marriages.

If you require legal advice or representation in relation to child support payments in any other legal matter, please contact Go To Court Lawyers.