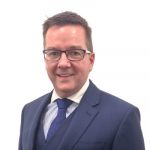 Cameron Martin holds a Bachelor of Laws and a Graduate Diploma of Legal Practice. He also holds a Bachelor of Financial Administration Second Class Honours, and a Bachelor of Economics. Cameron is admitted to practice in the Supreme Court of Queensland. Cameron practices in the areas of Criminal Law, Family Law, and Traffic Law, and also has a keen interest in taxation law. He is passionate about justice and adopts an informative approach to guide clients through the legal system.

When a husband or wife inherits money after the couple has separated, it can be unclear whether the post-separation  inheritance can rightly be included as part of the matrimonial asset pool. Whether such income should be classed as part of the asset pool, or whether it should be found to constitute a financial resource was considered in a recent Family Court of Australia decision.

In the 2017 case of Holland v Holland, the husband received a post-separation inheritance with an agreed value of $715,000 from his late brother, three and a half years after separation.

The facts of this case were that the parties separated in July 2007 following a 17-year marriage.  The most significant asset of the relationship was the marital home.  In February 2011 the husband inherited his brother’s property which was encumbered by a mortgage of $83,000.  The mortgage was paid out from the brother’s superannuation benefits that were received by the brother’s parents rendering the property unencumbered.

At the date of trial (June 2016) the two children of the relationship were aged 17 and 14. Final orders were made for the settlement of property in the ratio of 62% to 38% in favour of the wife by the Federal Circuit Court at trial.

The wife appealed the decision arguing that the trial judge had erred in classifying the post-separation inheritance as a financial resource and excluding it from the property pool.  The preceding legal authority in this matter indicated there was no basis to exclude any property from a property settlement where the parties (individually or collectively) have an existing legal or equitable interest in it.  Whether the property is acquired during the relationship or is a post separation contribution is also largely irrelevant.

In determining entitlement to an asset of the relationship, contributions of each party to the asset are to be considered.   Here, neither party contributed to the asset as it was the asset of the husband’s brother and inherited by the husband.  When assessing contributions, this matter was made more complex by the fact that significant time had passed between separation and property settlement.  The lengthy post-separation contribution period of approximately eight years was approximately one third of the total time the parties had been together (17 years) plus the time elapsed until property settlement (a total time of approximately 25 years).

It was found on appeal that the trial Judge had erred in making the determination that the post-settlement inheritance of the husband was a financial resource and that it should be excluded from the property pool.

What the decision means

The outcome of this case is that in the event property of a relationship is not divided at the earliest opportunity post separation, any future property acquired, in the form of an inheritance or by other means, by one party may be considered as an asset of the relationship and form part of the property pool to be divided between the parties.

It is also worth noting that it is not a requirement that there be a contribution during the relationship of an entitled party to that particular asset. However, contributions to the asset pool are required to be assessed when determining a party’s entitlement. It is therefore essential that parties seek legal advice early following separation to ensure that their existing assets and future entitlement to assets are protected.

If you require legal advice in a  family law matter or in any other legal matter please contact Go To Court Lawyers.