In some circumstances, a visa applicant can satisfy the English language proficiency requirement without sitting a test. These are in circumstances if the applicant in Australia has successfully completed Australian studies to a certain level. Similarly, some visa applicants who have studied for at least five years in the English language medium in an English-speaking country will satisfy the language requirement.

You do not need to be assessed of your English proficiency if you hold a type of passport specified by the legislative instrument made under regulation 1.15B. At the time of writing, these are passports issued by the following countries: 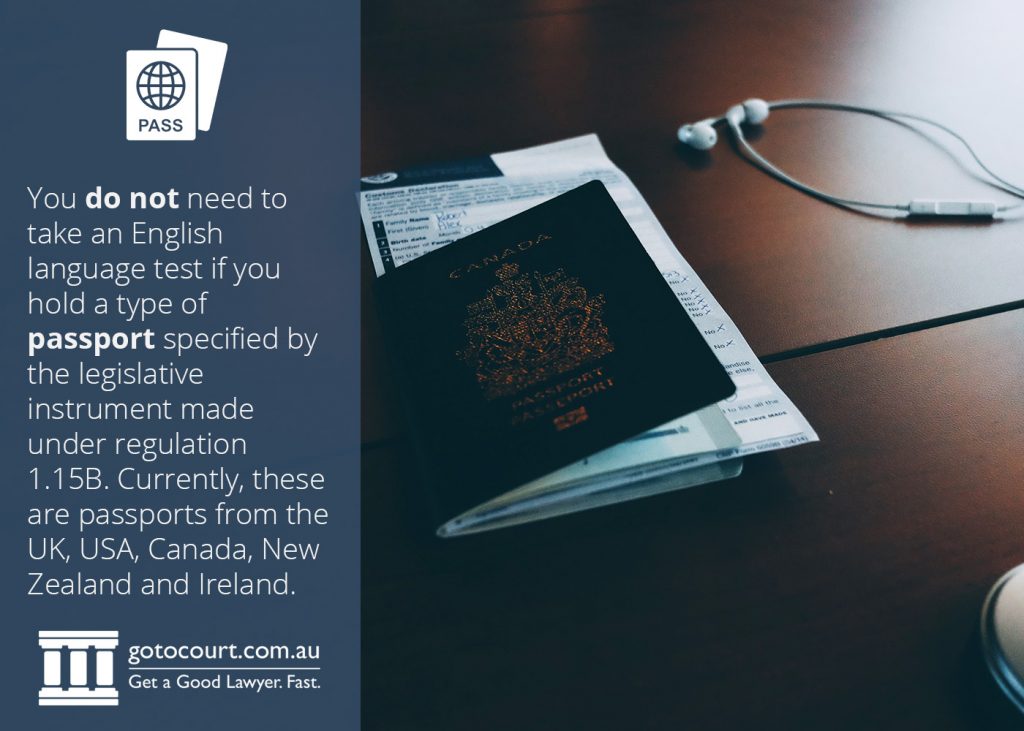 What are the approved English language tests?

If you cannot provide a documentary evidence which supports a claim that you are in the group of people who do not have to provide results of an English language test, you will need to undertake one to make a successful visa application.

The following is a list of approved English language tests for Australian visa purposes:

The required marks to meet the English language requirements among these tests are not the same. The score requirements will be different depending on which test you take.

What are the English language proficiency levels?

There are five different levels of English language proficiency as prescribed under the Migration legislation, as follows (in increasing levels of proficiency):

The following chart shows the requisite scores required for each level of English language proficiency:

Functional English as required in the immigration legislative instrument refers to your ability to read and understand English texts about topics that are familiar to you.

This can be evidenced by demonstrating completion of all years of primary education and minimum of three years of secondary education in an educational institution whether it be in or outside Australia. All instructions should be in English.

Vocational English is usually required for Temporary Work (Skilled) Visas subclass 457. This level of English language proficiency refers to your ability to comprehend English to understand topics that are basic but unfamiliar.