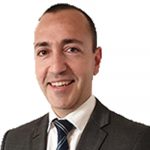 Pablo Ramirez holds a Bachelor of Laws from the University of New South Wales, a Bachelor of Arts from the University of Wollongong and a Master of Arts in International Communication from Macquarie University. He completed his Graduate Diploma of Legal Practice at the College of Law. Pablo was admitted to practice in the Supreme Court of New South Wales. He is also a Registered Migration Agent. Pablo’s primary areas of practice are immigration law, administrative law, criminal law, civil litigation, corporate law and property law.

In recent months, the Department of Home Affairs (DOHA) has been increasing the range and scope of migration options for prospective skilled visa applicants who are willing to live and work in regional Australia. On 26 October 2019, Prime Minister Scott Morrison announced that the government would be stepping up its commitment to regional Australia by ‘ensuring our migration system encourages skilled migrants to live and work in our smaller cities and regions.’ In March 2019, the government announced that permanent migration cap would be reduced from 190,000 to 160,000 places and that 23,000 of these places would be set aside for regional migration. It was later announced that the regional migration quota would be increased to 25,000.

‘From today, skilled migrants who commit to living and working in a regional area will have access to two new skilled provisional visas, part of the Morrison Government’s commitment to tackling skills shortages in regional Australia.

This year, the Government has reduced the cap on Australia’s permanent migration programme from 190,000 to 160,000. Within that reduced cap, the number of places allocated to regional visas has increased to 25,000.

Successful regional visa applicants will become eligible to apply for permanent residency if they can demonstrate they have lived and worked in regional Australia for three years.’

In March 2019, DOHA introduced a Regional Occupation List (ROL) containing 77 additional occupations. Many of the occupations listed are in the livestock and agriculture field, but the list also includes occupations such as Medical Administrator, Fitness Centre Manager, Policy Analyst, and Multi-media Designer.

DOHA has also changed the definition of ‘regional’ to include all of Australia except for Sydney, Melbourne and Brisbane in a further bid to encourage regional migration.

Applications for the new 491 and 494 regional visas are eligible for priority processing. These visas will encourage migrants to live in regional areas for a longer period than the previous visas. Commencing on 16 November 2022, the new visas will provide a pathway to a second-stage subclass 191 permanent residency regional visa.

How are the new visas different?

One of the primary differences between the 491 and the 494 visas is that the 491 is a ‘points tested’ visa. That means the applicant must score a certain number of points (65) on DOHA’s points table in order to be eligible.

A prospective 491 applicant must submit an Expression of Interest via DOHA’s Skill Select interface prior to applying. Only those who receive an invitation from DOHA can apply for the 491. Both 491 and 494 visas require a skills assessment in the nominated occupation.

One benefit of the new regional migration scheme is that it offers more points on the points table to 491 visa applicants. The new ‘schedule 6D’ points include:

These new visas have been introduced in addition to the recently rolled out Designated Area Migration Agreements (DAMA). DAMA allow regional businesses to create a labour agreement directly with the Australian Government to employ skilled and semi-skilled overseas workers in occupations that might not be on the DOHA’s skilled occupations lists.

There are 7 DAMAs currently in effect:

The DAMA business eligibility requirements are similar to those for the 482 standard business sponsorship visa.

The introduction of new visas and of DAMA is intended to encourage regional migration by skilled workers to remote Australia. This is being achieved by including a broader range of skilled occupations on the relevant skilled occupations lists and changing the definition of ‘regional’ to include all of Australia, excluding Sydney, Melbourne and Brisbane. The Morrison Government claims the population management strategy will also boost the numbers of international students undertaking courses in regional Australia, and generally assist with economic growth in those areas.

If you require legal advice or representation in a regional migration matter or in any other legal matter, please contact Go To Court Lawyers.