Reporting Police Misconduct in the ACT

Anyone can make a complaint about suspected police misconduct in the ACT (Australian Capital Territory) whether it involves ACT Policing (ACTP) or the Australian Federal Police (AFP).

You can complain about the conduct and actions of individual officers or the practices and procedures of either police force. ACTP is a branch of the AFP so the processes for reporting are the same for both forces.

Minor complaints about an officer are dealt with by the officer’s managers and are overseen by AFP Professional Standards (AFPPS). The more serious complaints are investigated directly by AFPPS.

If you are unhappy with the result of your complaint, you can refer it to the Commonwealth Law Enforcement Ombudsman. The Ombudsman also regularly inspects complaint records and oversees complaint procedures.

Any serious complaints about corruption are referred to the Australian Commission for Law Enforcement Integrity (ACLEI).

You can make a complaint even if:

Minor complaints of police misconduct in the ACT

Minor complaints about police misconduct in the ACT are those that relate to discourtesy, minor misconduct, underperformance issues, and practices and procedures that you consider are unsatisfactory. You can lodge a complaint with the AFP by either:

Minor complaints are often managed internally. An independent AFP staff member will deal directly with you to try to resolve the issue. They are usually resolved by explanation of law or practice, or by counselling the officer.

The AFPPS unit will oversee the outcomes of these complaints to make sure that they are dealt with properly.

If you make a complaint and you are unhappy with the way that it is dealt with or with the result, you can refer your complaint to the Ombudsman.

The AFPPS is responsible for ensuring the whole of the organisation operates to the highest standards. A large part of that role is overseeing minor complaints about police misconduct in the ACT and dealing with the more serious complaints about AFP staff.

It measures the conduct of police in the ACT against the AFP Core Values and the AFP Code of Conduct.

Their actions are overseen by the Ombudsman.

The Ombudsman can investigate any complaint about police misconduct in the ACT including the actions of AFP staff and the AFP’s policies, practices and procedures. However, you should try to resolve your complaint with the AFP first.

If you are unhappy with how the ACTP or AFP have dealt with your complaint, you can refer it to the Ombudsman for investigation.

If you want to make a complaint, you can do so in person, in writing, by phone or online.

Complaints to the Australian Commission for Law Enforcement Integrity

The role of the ACLEI is to prevent, detect and investigate more serious corruption matters that involve past and present staff members of Commonwealth law enforcement agencies including the ACTP and AFP.

Anyone can give information to the ACLEI about a corruption issue or possible corrupt conduct. However, their role is not directed specifically at resolving your particular problem.

If any complaint made to the ACTP, AFP or AFPPS contains information regarding corruption, that information will be referred to the ACLEI.

All information is received in-confidence. Information can be given anonymously, but that may make it more difficult to investigate. You can also give an alias and arrange a way for further contact to be made if necessary.

All information provided is assessed for investigation and may also be kept or collated with other information for later use. If there is another government agency better suited to investigating your complaint, the ACLEI may pass the information on.

You can choose to be kept informed of how the matter is dealt with and, if appropriate, advised of the investigation outcome.

Police misconduct in the ACT which involves corruption can be reported by phone, fax, email, post or online form.

This article reflects the state of the law as at 24 December 2015. It is intended to be of a general nature only and does not constitute legal advice. If you require legal assistance, please telephone 1300 636 846 or request a consultation at gotocourt.wpengine.com. 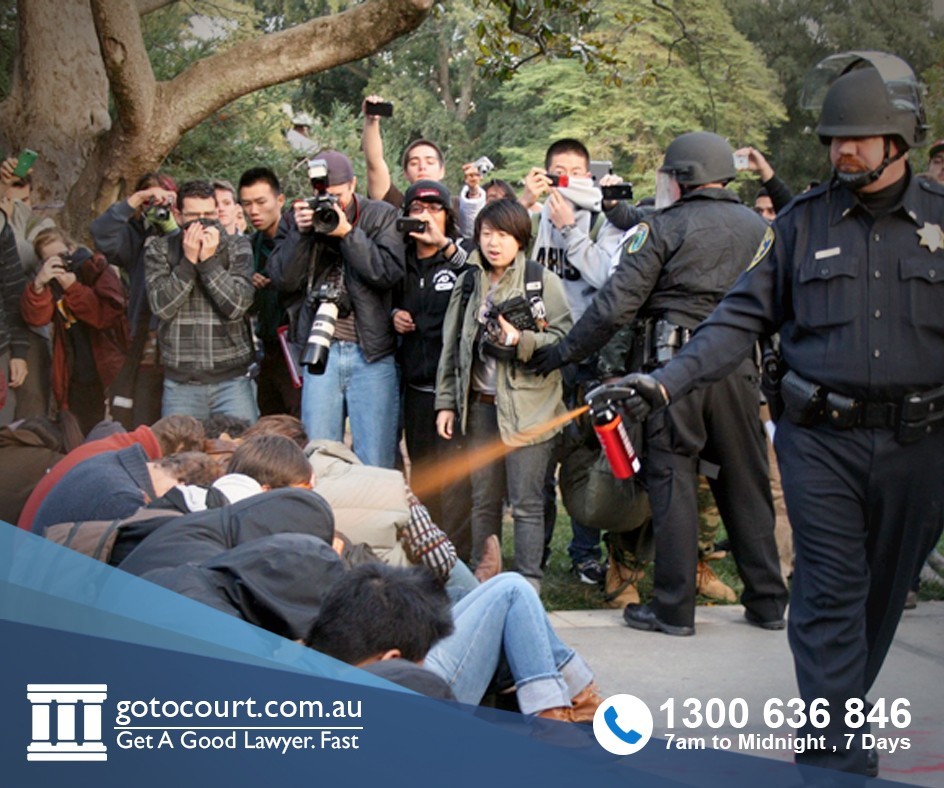 Reporting Police Misconduct in the ACT