Fraud in the Australian Capital Territory

The offence of obtaining property by deception requires that a person dishonestly obtains property belonging to somebody else with the intention of permanently depriving them of that property and this is done through deception.

The maximum individual penalty for obtaining property by deception is 10 years’ imprisonment and a fine of $150,000. 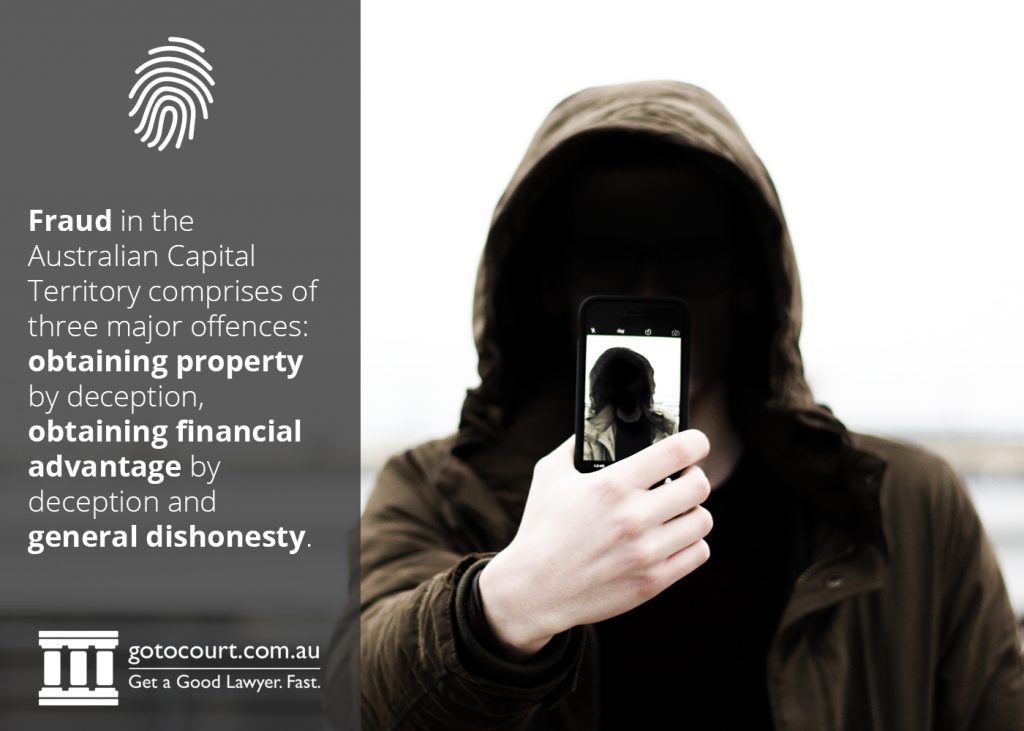 Dishonestly obtain property belonging to someone else

A person will dishonestly obtain property belonging to somebody else if they dishonestly obtain ownership, possession or control of the property for themselves or somebody else, or if they enable or induce a third person to do this.  Retaining ownership, possession or control of property that you originally obtained lawfully may also be enough to be considered fraud, in certain circumstances.

Strict rules apply in relation to money transfers.  If you cause money to be transferred from somebody else’s bank account to your own, then you are taken to have obtained that money with the intention of permanently depriving the other person of it.

The final requirement for a fraud charge of obtaining property by deception, is that the person uses deception to dishonestly obtain the property in question.  A person will do something by deception if they deceive another person either intentionally or recklessly, using either words or conduct.

Obtaining financial advantage by deception is similar to the offence of obtaining property by deception. The same maximum penalty also applies.

The requirements set out above in relation to obtaining property by deception all apply to this offence as well. Although, there is no separate requirement to establish an intention to permanently deprive.

The offence of general dishonesty under section 333 of the Criminal Code 2002 (ACT) only applies in cases where the victim of the offence is located in the ACT.  As defined in section 319, the ACT includes ACT government authorities, corporations or instrumentalities.

Absolute liability applies to the location of the victim. This means that if the victim is an ACT government body, the offence is considered to have been committed even if the offender was not aware that their victim was a government body.

This offence is committed if a person does something with the intention of dishonestly obtaining a gain from someone else or causing a loss to someone else.  The words gain and loss are defined in section 300 to include both permanent or temporary outcomes.  Further, a gain includes keeping what you have and a loss includes not getting what you might otherwise have gotten.

The maximum individual penalty for general dishonesty is five years’ imprisonment or $75,000.

A person will be found guilty of conspiracy to defraud if they have intended to dishonestly obtain a gain from a third party and have conspired with somebody else to do so. This offence is found under section 334 of the Criminal Code 2002 (ACT).

The terms gain and dishonesty are given the same meaning as the fraud offence of general dishonesty. The maximum individual penalty for conspiracy to defraud is 10 years’ imprisonment or $150,000.

Applying for Bail in the Australian Capital Territory

Assault in the Australian Capital Territory

Character References in the ACT