In certain circumstances, a police officer may require you to give a sample of your blood for analysing and determining whether you have driven a motor vehicle under the influence of either drugs or alcohol.  The rules for requiring a blood test in the ACT and a driver’s rights in relation to police requests for DUI blood tests in the ACT are contained in the Road Transport (Alcohol and Drugs) Act 1977. 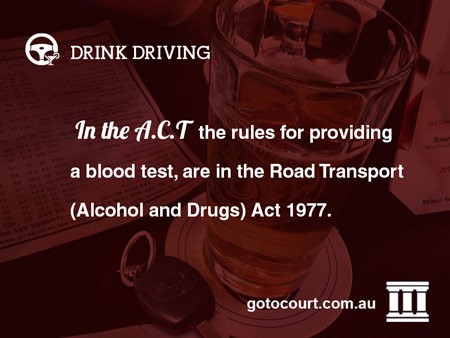 When will a blood test be required?

If you are involved in a crash or a police officer otherwise randomly pulls you over for testing, you may be required to participate in a breath test or an oral fluid (saliva) test to check whether you have driven a motor vehicle under the influence of a prohibited drug or alcohol. If either of these tests have a positive result, you should be taken by the police officer into custody and required to take a further test in the form of a breath analysis to test for alcohol or an oral fluid analysis to test for drugs.

Procedure for a blood test in the ACT

The Road Transport (Alcohol and Drugs) Act 1977 has very prescriptive rules for how a sample of your blood can be taken. The police officer must organise for you to be taken to a hospital or sampling facility for the sample to be taken, unless you are already in a hospital. A blood sample must not be taken if two hours have elapsed since the happening of an accident, or since you drove the car, or since you arrived at hospital. The blood sample must be taken by a doctor or a nurse within two hours of you arriving in hospital or a sampling facility in the presence of a police officer. A doctor or nurse may refuse to take the blood sample; however, they will commit a crime for which he or she may be fined up to 10 penalty units (subject to the availability of certain defences). The blood sample is placed in a labelled container, which is sealed with a tamper-evident seal and then into a one-way box for collection. It will then be tested. You do not receive a part of the sample.

Taking blood samples after an accident

Doctors and nurses have a separate obligation to take a sample of your blood if you are involved in an accident and taken to a hospital within 6 hours of the accident occurring. If they fail to do so, they will commit a crime and may face a fine of up to 10 penalty units. However, there are defences to this charge; for example, if taking the sample would negatively affect your medical condition. The sample is placed in a labelled container, which is sealed with a tamper-evident seal and then into a one-way box for collection and testing.

Refusing to let a blood sample be taken

You will commit an offence if you refuse to undergo a blood test in the ACT. The maximum penalty for this offence is a fine of 30 penalty units. However, you can refuse to give a sample of your blood for conscientious, medical or religious reasons.

The results of an analysis of your blood can be used to show you drove a motor vehicle under the influence of either drugs or alcohol. However, if the rules for taking the sample in the Road Transport (Alcohol and Drugs) Act 1977 are not complied with, the charges against you will be dismissed unless the court is satisfied that the non-compliance did not affect the accuracy of the analysis. 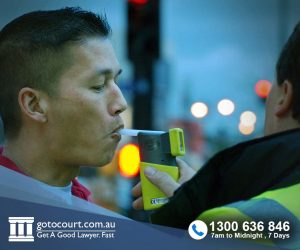 New Drink Driving Laws in the ACT
On 9 February 2016, the ACT parliament passed the Road Transport Legislation Amendment Bill 2015 (No 2). While yet to be notified, this new legislation brings with it a number of changes to drink and drug driving laws in the ACT including a significant change to the powers of police to test drivers for alcohol…
Read more… 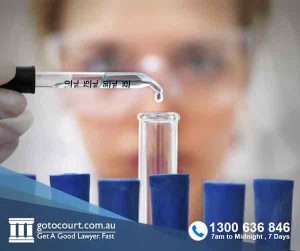 Refusing a Blood Test in the Australian Capital Territory
When it comes to roadside breath testing, most of us are aware of what is involved and what to expect when we are pulled over. In the ACT, police officers have the right to request a blood test in certain circumstances to check for the presence of any drugs and/or alcohol in the driver’s blood.…
Read more…

Drug Testing in the Australian Capital Territory
It is a criminal offence in the Australian Capital Territory to drive a motor vehicle under the influence of a prescribed drug, which includes drugs such as methyl amphetamines.  In certain circumstances, a police officer can require you to take a drug test to check whether you have committed an offence.  Such a test can…
Read more…

Breath Testing in the ACT
Breath testing in the ACT (Australian Capital Territory) is regulated by the Road Transport (Alcohol and Drugs) Act 1977.  Under this Act, police officers can, in certain circumstances, require you to undertake a breath test for the purposes of determining whether you have driven a motor vehicle under the influence of alcohol.  If you refuse…
Read more…