Breach of Bail in the ACT

This article covers what you need to know about Breach of Bail in the ACT.  If a person is accused of a serious offence and is charged by the police in the Australian Capital Territory, they may be released on bail by either the police or by the courts. That bail may be set with or without conditions about the accused person’s conduct until the matters are finalised by the court. The accused person and one or more other people may also have to pay or agree to pay a sum of money. The laws about bail in the ACT are in the Bail Act 1992. Breach of Bail in the ACT by failing to comply with the conditions of bail and appear in court when required is a serious offence which can be dealt with in addition to the original charges. 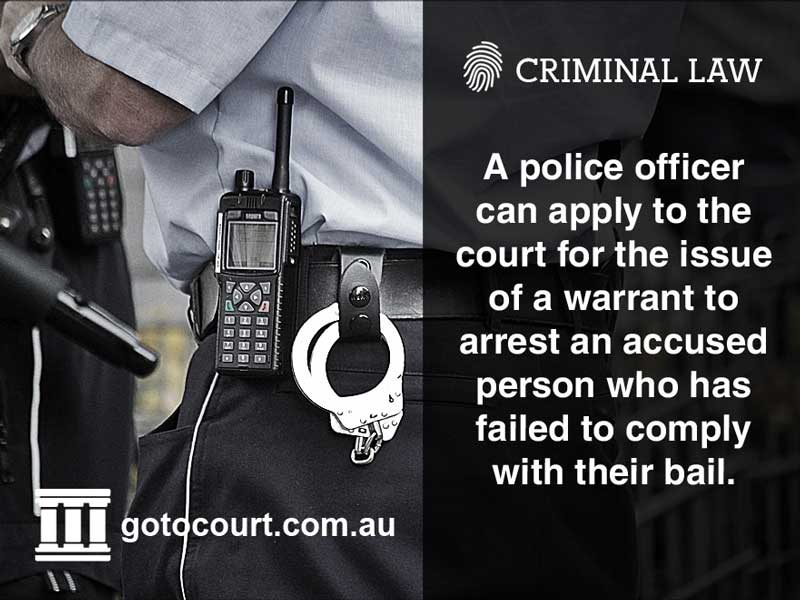 If an accused person has been granted bail in any state or territory in Australia, a police officer in the ACT can arrest them without a warrant if the officer believes on reasonable grounds that the person has either failed to comply, or will fail to comply with a bail condition. The accused person must then be taken before a court as soon as is practicable.

Once they are bought to court the court may;

A police officer can apply to the court for the issue of a warrant to arrest an accused person who has failed to comply with their bail if the bail was granted in the A.C.T. and

It is an offence in the ACT for a person who is on bail to fail to come to court when they are required to and to carry out their bail undertaking. The maximum penalty is a fine of $28,000.00, imprisonment for 2 years or both. If an accused person does not comply with their bail, the court may issue a warrant to arrest them and to bring them to court.  It is a defence to the charge if the person has a reasonable excuse for failing to comply with the bail. Failing to attend court when required to by a bail undertaking can also affect the granting of any future applications for bail, as it is a factor that must be taken into consideration when deciding whether to grant bail.

If an accused person has a bail condition that requires a sum of money to be deposited and they fail to appear in court when they are required to, the amount is forfeited to the ACT. If the amount has not been deposited, the court may order that the person is required to pay the amount to the Territory. The person will then be sent a notice to pay. If, after 28 days, the amount has not been paid it may be recovered as if it were a fine, no matter how large the sum is.

Applying for Bail in the Australian Capital Territory

Assault in the Australian Capital Territory

Character References in the ACT