Each State and Territory has adopted anti-hooning laws in an effort to clamp down on ‘hoon’ drivers. In the ACT, these laws are contained in the Road Transport (Safety and Traffic Management) Act 1999.

It is a hooning offence to do any of the following without written approval from the Road Transport Authority:

It is also a hooning offence if you fail to comply with any requirements in the written approval. Both offences have a maximum penalty of 20 penalty units (ie $3,000).

It is also a hooning offence to drive in a way that deliberately menaces another person, or drive in a way you ought to have known would be menacing to another person. The maximum penalty for these offences is 100 penalty units (ie $15,000), 1 year’s imprisonment, or both.

Applying for release of your impounded vehicle

If your vehicle has been seized and impounded, you may make an application to the Magistrates Court or the chief police officer to have the motor vehicle released. Your vehicle may be released if you can show that the hooning offence was committed without your knowledge or consent. Otherwise, the motor vehicle will remain impounded until the earliest of the following:

Power of court to require impounding of motor vehicles

If a court convicts you of committing a hooning offence and it is your first time committing such an offence, your motor vehicle will be impounded for a maximum period of 3 months. If you have committed a hooning offence more than once, your motor vehicle will usually be forfeited permanently; however, the court can instead order a period of impounding to avoid excessive hardship or injustice to anyone.

Return of motor vehicle at end of impounding period

You must apply for the proceeds of sale within 1 year of the motor vehicle being sold.

If you are convicted of committing a hooning offence and you have previously been convicted or found guilty of such an offence, your motor vehicle will be forfeited to the state unless the court decides to impose a more lenient sentence. Your motor vehicle will then be kept by the chief police officer until they are directed by the road transport authority to dispose of it. The motor vehicle may be sold by public auction or public tender, or it may be destroyed if it has little monetary value. 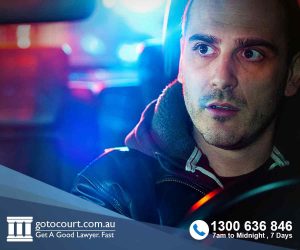 Demerit Points in the ACT
Demerit points in the ACT (Australian Capital Territory) are a penalty that you may receive when you commit a traffic offence. The demerit point system is a national scheme and if you commit a traffic offence interstate, points may still be added to your ACT drivers licensing record. When you are first issued with a…
Read more… 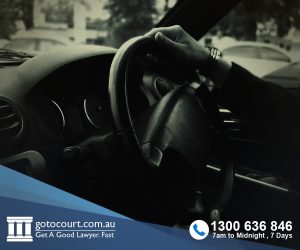 Driving Whilst Suspended in the Australian Capital Territory
In an effort to decrease the instances of road accidents and fatalities on ACT roads, the traffic law of the ACT has zero tolerance for those who drive whilst suspended or disqualified. If you have been suspended from driving a motor vehicle, or if you have been disqualified for a certain period of time, you…
Read more…

Heavy Vehicle Traffic Offences in the Australian Capital Territory
The Heavy Vehicle National Law (HVNL) and Regulations commenced in the Australian Capital Territory on 10 February 2014. They apply in most states and territories of Australia, other than the Northern Territory and Western Australia. Generally, a vehicle is defined as a heavy vehicle if the GVM (gross vehicle mass) or the ATM (aggregate trailer…
Read more…

Failing to stop for police in the ACT
The Australian Capital Territory regulates the traffic laws in the Road Transport (Safety & Traffic Management) Act 1999 and the Road Transport (Safety and Traffic Management) Regulations 2000. These laws exist to try to minimise the number of accidents and fatalities that occur each year on ACT roads by ensuring that those who do not…
Read more…