Cyclists in South Australia – The Rules

Cyclists in South Australia must obey the same road rules as motorists as well as some extra rules that apply only to cyclists. When cyclists ride on a bike path or a shared path there are also rules they must abide by. The laws around riding bicycles are set out in the Australian Road Rules.

What is a bicycle?

A bicycle is classified as a road vehicle under Section 15 of the Australian Road Rules.  A bicycle must be properly maintained so that it is safe for the rider and other road users. A bicycle can be powered by a motor. It must have at least one effective brake, and a bell, horn or another warning device. When riding, you must wear a helmet properly adjusted and securely fastened (Section 256).

When riding at night or in hazardous weather, cyclists in South Australia must wear:

Cyclists in South Australia have the same responsibilities on the road as motorists and must obey the same road rules. There are also some road rules that apply only to cyclists. Cyclists can be charged with traffic offences in the same way as drivers. This includes incurring demerit points on your driver’s licence (if you have one). If you don’t have a driver’s licence you can still incur demerit points which can disqualify you from obtaining a licence in the future.

You must keep as close as reasonably practicable to the left side of the road except when making a right turn, when overtaking or where the road is divided into lanes.

Motorists must leave a minimum distance of 1 metre of space when passing a cyclist traveling in the same direction on roads where the speed limit if over 60km/h. Motorists may cross dividing lanes in order to safely pass a cyclist provided the motorist has a clear view of oncoming traffic.

Cyclists in South Australia must not ride on a stretch of road or path where a ‘No bicycles’ sign applies.

Cyclists in South Australia must use hand signals before turning right or changing lanes to the right.

If you are riding on a road where a bicycle lane is provided, you must ride in the bicycle lane unless you need to move out of the lane to overtake another cyclist or to avoid debris or potholes. Other road users may use the bicycle lane only when stopping in an emergency, entering or leaving a property or another road, overtaking a vehicle turning right or making a U-turn, avoiding an obstruction, or (in the case of a bus or taxi) dropping off passengers.

Bicycle storage areas, or ‘bike boxes’, are a safety feature provided at some intersections to make cyclists more visible to drivers. They are an area painted green with a white bicycle symbol. Cyclists wanting to turn left at the intersection must keep to the left of the bike box. Cyclists wanting to turn right must keep to the right of the bike box.

Passing vehicles on the left

Cyclists in South Australia must not overtake on the left of a vehicle that is turning left.  However, a cyclist may overtake a vehicle that is signaling an intention to turn left provided it has not yet started to make the turn.

Cyclists may ride across foot crossings, school crossings and pedestrian crossings, but must keep to the left and give way to pedestrians. Cyclists must obey the pedestrian or bicycle crossing lights.

When riding on paths, cyclists must:

When riding on shared paths, cyclists must:

Riding under the influence

It is an offence to ride a bicycle while under the influence of alcohol or drugs. You can be found guilty of riding under the influence regardless of whether you are over or under 0.05 BAC level. You may incur up to six demerit points from your driver’s licence and potentially face a license suspension. If you do not hold a driver’s licence you will incur demerit points that may stop you from obtaining a licence in the future.

If you require legal advice or representation in a traffic matter or in any other legal matter please contact Go To Court Lawyers.

Driving Whilst Suspended in South Australia 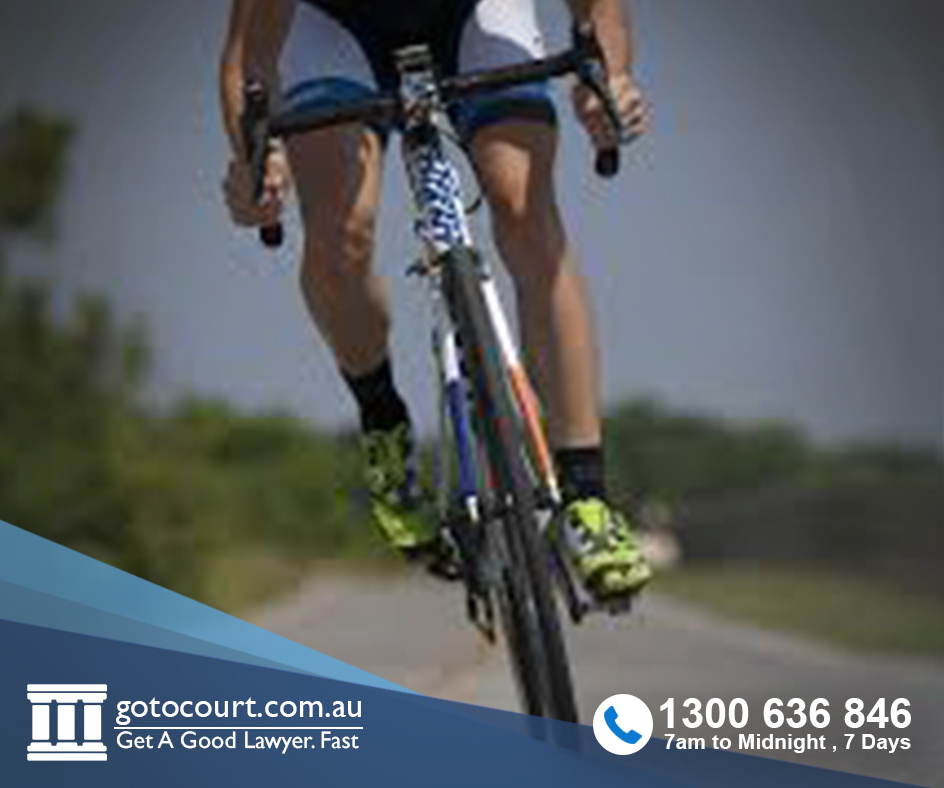 Cyclists in South Australia – The Rules