In South Australia, every driver of every vehicle involved in any way in an accident must stop at the scene of the crash. They must give all possible assistance to any person who is injured. They must also give their registration number and their name and address and the name and address of the owner of the vehicle to any person who has good reason to have it. This includes the owners of any property that has been damaged in the crash. If the situation is dangerous, or someone is seriously injured or killed 000 should be called. 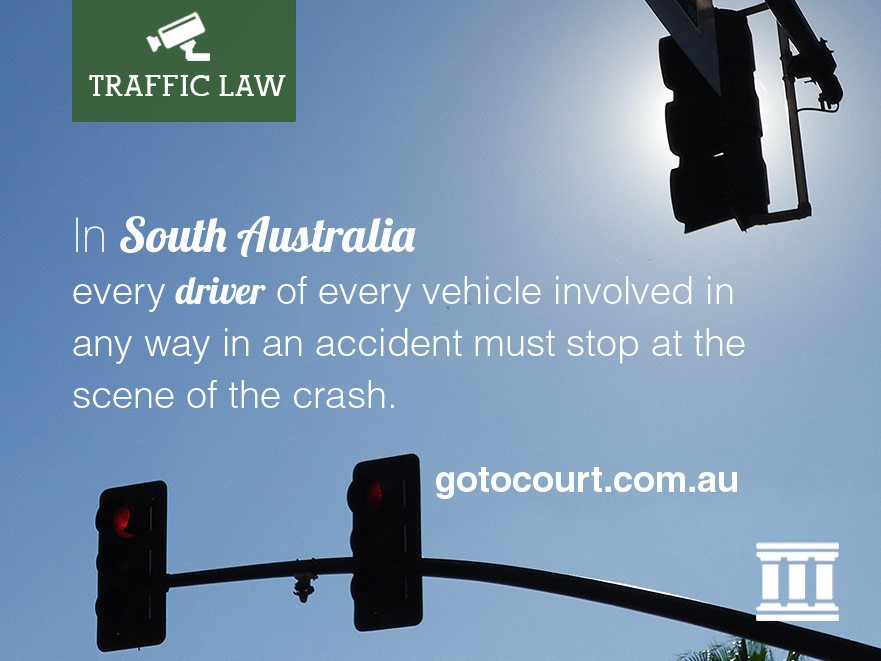 Reporting accidents to the Police

In South Australia, the accident must be reported to the police within 24 hours if the property damage exceeds $3,000.00. If the damage does not exceed $3,000.00 it may be reported on-line. If someone has been injured or killed, the drivers involved must report to a police officer either at the scene or at a police station within 90 minutes of the accident. The information required to be given to a police is where and when the accident occurred, who was involved and the details of injuries or damage.  Drivers are not required to provide any further information or to self-incriminate, but failing to provide a statement may affect any insurance claim. If the police are needed to attend the scene, they can be called on the Police Assistance Line (131 444). If the police are not attending, the vehicles must be moved off the road. A tow truck can be arranged by ringing the Accident Towing Roster Scheme (8231 5555).The laws that deal with traffic accidents are the Australian Road Rules , the Road Traffic (Road Rules – Ancillary and Miscellaneous Provisions) Regulations 2014, the Road Traffic Act 1961 and the Motor Vehicle Act 1959.

Offences for failing to report accidents

It is an offence for a driver to fail to report an accident where damage to property is in excess of $3,000.00. The maximum penalty is a fine of $2,500.00.  The drivers, and anyone else involved in the crash, must exchange details. It is an offence to not to provide personal details or to provide false or misleading information. The police may request personal details from any person who they believe is able to assist in the investigation of an offence, or who is or may be the driver of a vehicle involved in an accident.

There are additional requirements if someone is injured or killed in the accident. The accident must be personally reported to the police by the driver within 90 minutes of the accident and the driver must take part in any alcohol or drug testing requested. Failing to report an accident in these circumstances is an offence with a penalty of a jail sentence of 5 years and a minimum disqualification of 12 months. If it is the driver’s first offence, it may be reduced to a minimum of 1 month if the court is satisfied that the offence is trifling.

It is a defence to this charge if the driver was unaware there had been an accident, and it is reasonable to accept they were unaware that there had been an accident. It is also a defence if the driver believed that stopping to assist would put them or another person in danger, and they notified the police, ambulance or emergency services of the accident as soon as they could.  It is a defence to failing to report within the time if the driver had a reasonable excuse for not doing so and attended the police station as soon as possible after the accident.

The insurer of the vehicle must also be advised of all the details of the accident including the names of the driver and the people injured or killed and any witnesses. Failure to do so is an offence with a maximum penalty of $1,250.00 or imprisonment for 3 months. It is a defence  if the defendant did not know there had been an accident, or gave the notice as soon as they found out there had been an accident, or provided details to the best of their ability.  The owner and driver of the motor vehicle must also co-operate fully with the insurer in respect of any claim made. The maximum penalty for failing to do this is a fine of $5,000.00. 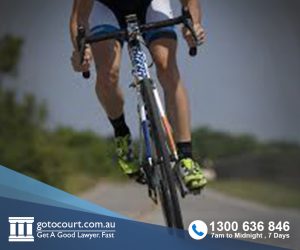