Serious traffic offences in Tasmania are dealt with under two pieces of legislation; the Criminal Code Act 1924 and the Traffic Act 1925. Unlike other Australian states, such as Victoria where the offence of culpable driving causing death is considered separate from culpable homicide offences, this is not the case in Tasmania, although Tasmania does have the offence of dangerous driving causing death. 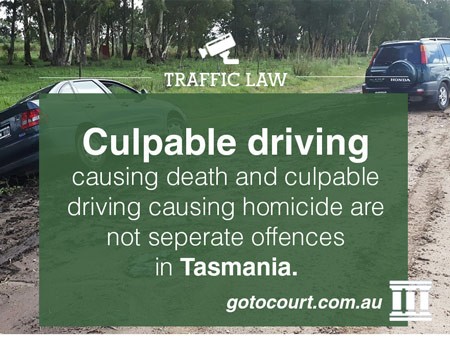 Under s 156 of the Criminal Code, the driver could be charged with manslaughter if there is “gross negligence” on the part of the driver. This could refer to, but is not limited to, excessive speed, fatigue or alcohol and drugs.

As in states like Victoria, there is an alternative offence of causing death by dangerous driving. Under s 167A of the Criminal Code, the driver must be driving in such a manner or at such a speed that is dangerous to the public, all things considered. The Code provides such examples of external factors which can be taken into consideration, such as the nature, use and condition of the street and the amount of traffic. Under s 167B of the Criminal Code a mirror offence applies where the victim did not die, but suffered grievous bodily harm.

The Traffic Act 1925 also contains the offences of reckless and negligent driving. Under s 32(1) of the Act, it is an offence to drive recklessly. This charge is essentially the same as that for dangerous driving causing death or grievous bodily harm under the Criminal Code, minus the requirement that a death or serious injury result. Under s 32(2) of the Act, it is also an offence to drive negligently in a general sense without causing death or injury, and taking into account the same conditions as for dangerous driving.

The Tasmanian Act also includes an alternative offence of causing death or grievous bodily harm by driving negligently and both the Traffic Act (s 32 (5)) and s 334 (d) of the Criminal Code make it clear that an offence can be charged as either offence (manslaughter or negligently driving causing death) despite the fact it could have been proceeded with as an offence under the other legislation.

Unlike other states, Tasmania’s Criminal Code does not impose specific penalties for crimes, although s 389 of the Code allows for any offence to be met with up to 21 years’ imprisonment (or a fine). In practice, crimes such as murder and manslaughter will usually attract a penalty that is severe, and often this will be a custodial sentence of some length. 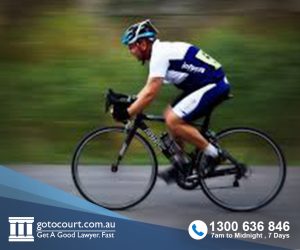