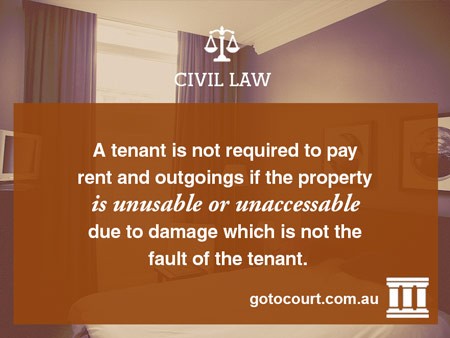 General commercial leases in Tasmania are subject to common law. They essentially are contracts between two parties who are free to reach any agreement they wish. There is however some important Tasmanian legislation which governs these contracts, namely, Part III of the Conveyancing and Law of Property Act 1884 and the Australian Consumer Law (Tasmania) Act 2010.General commercial (non-retail) leases include warehouses, distributors and manufacturers which might be running a commercial enterprise, but are not retail as they do not sell directly to the end consumer.

Retail leases are essentially leases which involve the sale of goods and services to the end consumer; for example a hairdresser or a grocery store. Similarly premises used for parking or storage are not consider retail leases, nor are offices generally.If a lease is a retail lease, then the Fair Trading (Code of Practice for Retail Tenancies) Regulations 1998 (CPRT) also should be read in conjunction with any retail lease. The CPRT essentially form part of the contract between the landlord and the tenant.In some cases, a licence to uses part of the common area of a shopping centre will also be considered a retail lease, if that licence is for a period of no less than six months.A lease will not be a retail lease if it is for premises of more than 1000 square metres.

Things to remember regarding Retail Leases: