1am Lockout Law Abandoned by Queensland, Other Measures to Be Taken

Queensland’s 1am lockout law, which was meant to come into effect on 1 February 2017, has been abandoned. The news comes after a report conducted six months after the Tackling Alcohol-Fuelled Violence Legislation Amendment Act 2016 came into effect. It concluded that, ‘the introduction of lockouts (one-way doors) is not likely to change current trends.’

The number of permits granted in a year to allow a licensed venue to trade until 5am as a ‘one-off’ will be halved. Currently, the Liquor Act 1992 restricts the Queensland Government from granting more than 12 extended hour permits to a venue per year. If the Government is successful in amending the legislation, it will be restricted to granting only six per venue per year.

It was also announced that the criteria the Government will be using will be amended to ensure venues are not using their 5am extended trading hour permit with a ‘business as usual’ attitude. 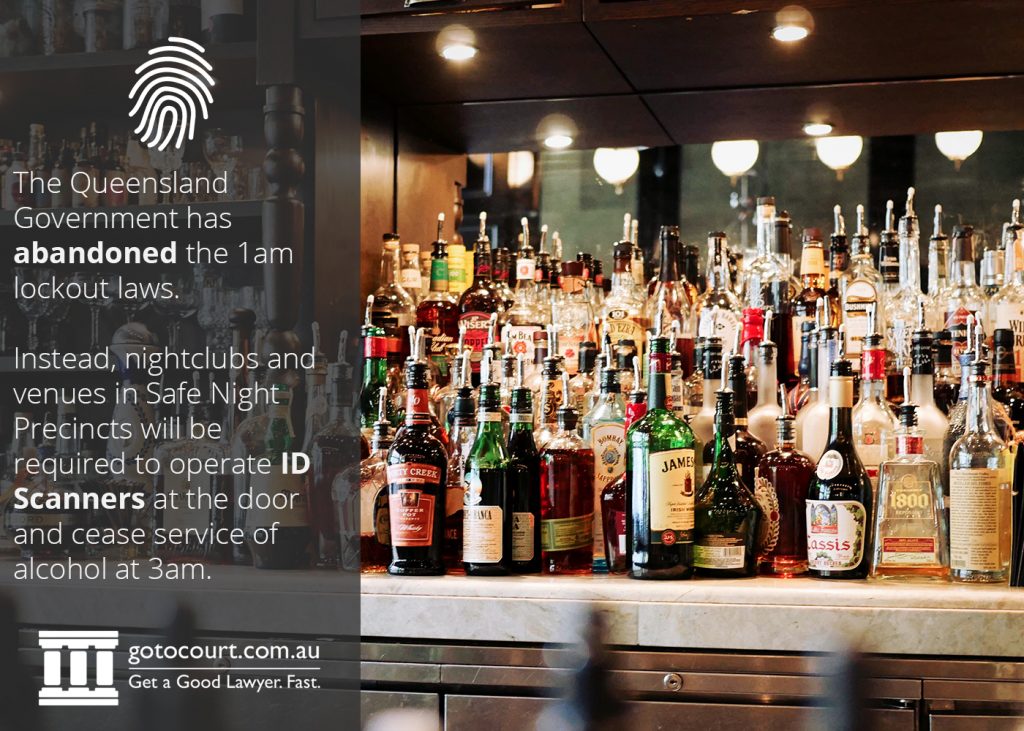 What are the ‘Safe Night Precincts’?

The following urban entertainment areas are classified under the Liquor Regulation 2002 as Safe Night Precincts:

Licensed venues in these precincts (such as nightclubs) are permitted to have last drinks at 3am, rather than at 2am. High alcohol-content drinks, such as shots, are not to be served after midnight.

Report: Trends do not necessitate lockout

The Impact of the Last Drinks and Lockouts report submitted to the Queensland Government cited the history of lockout laws in the state. Notably, Queensland has had a 3am lockout for all late-trading licensed venues since 2005.

Since the introduction of the 2am and 3am last drinks along with no high alcohol-content drinks (such as shots) after 12am, the report noted no significant changes in the number of assaults and injuries in Safe Night Precincts. However, the rest of Queensland experienced a downward trend in these incidents for the period January 2014 to December 2016.

The report’s authors concluded that a lockout would not change the current trends in either the Safe Night Precincts or otherwise.

In making its findings, the report noted the differences in policy approach between Newcastle and Hamilton in New South Wales. Both areas are neighbouring nightlife precincts.

In 2008 both precincts adopted similar but significantly different approaches to reducing alcohol-related assault.

The report’s authors further noted that despite the popularity, there was no evidence that lockouts by themselves had any impact on reducing alcohol-fuelled violence. This seems to be the view of the Queensland Government when it made its decision to abandon the 1am lockout laws.

The report’s authors also concluded that the widespread use of extended trading permits – resulting in many venues servicing alcohol past 3am – had undermined the impact of the Tackling Alcohol-Fuelled Violence legislation.

In the six-month period, there was not a single weekend night when all venues in the Fortitude Valley ceased service of alcohol at 3am. It was also noted that there was no significant reduction in alcohol-fuelled assaults either. The number of injuries presented at Emergency Departments during high alcohol hours (8pm Friday to 6am Saturday and 8pm Saturday to 6am Sunday) also did not change.

The Impact of the Last Drinks and Lockouts report concluded, ‘the lack of change in alcohol-related harms during earlier hours also indicates that measures to reduce harm earlier in the night such as ID scanners, and banning orders for repeat offenders continue to be warranted.’ Taking this idea further, the Queensland Government announced that it will enforce the operation of mandatory ID scanners in Safe Night Precincts.

One of the authors of the report, Professor Peter Miller, previously investigated the effectiveness and risks associated with mandatory ID scanners. In his study of ID scanning in Geelong, Professor Miller and his co-authors noted that during peak times, venue security would implement a selective non-scanning policy.

In the study, security guards at venues would select groups they categorised as ‘unlikely to engage in bad behaviour’ to enter the venue without having their ID cards scanned and biometrics taken. In addition to the concerns raised about privacy, the study concluded that this selective scanning policy compromises the identification of victims and allows other forms of crime to continue within venues.