Go To Court’s Legal Hotline received a large number of phone calls from the public asking about the legality of refusing a breath test in Queensland. From our investigations, these questions were prompted by a viral YouTube video.

In the video a man, presumably the Youtube uploader, repeatedly asked a police officer conducting a random Breath Test if he was going to be arrested or if he was free to go.

What ensues is a circular conversation which demonstrates the patience of the police officer involved.  The nine-minute video has prompted a number of comments on social media and Youtube, both from those calling out the driver’s information as wrong and criticising the police officer for wasting time.

Random breath tests: what are your rights?

In Queensland, it is an offence to refuse a breath test when requested by a police officer. We cover the finer details in our article, Refusing a Breath Test in Queensland. The main takeaway is that the requirement to provide a breath test when directed is found in section 80 of the Transport Operations (Road Use Management) Act 1995, or as it was referred in the video – TORUM.

This means that the man’s question, ‘am I arrested or am I free to go’ is nonsensical because he was not being arrested but nor was he free to go. The police officer made it clear, the driver was required to provide a breath test.

Under section 80(5A) the TORUM makes it an offence to refuse to provide a breath test. Often, the penalties for refusing a breath test are more severe than if a person were to have a low-range blood alcohol concentration (0.06 for example).

Some news outlets are reporting that a punishment of 40 demerit points applies. This is not the case but a maximum penalty of 40 penalty units (or $4,876 at the time of writing) applies to the offence.

There are legitimate defences a person could use to defend a charge of failure to provide a breath test. The driver in the video did not articulate any of these.

Proclamation certificate: what does this mean?

The driver in the video asked whether the TORUM has a ‘proclamation certificate’. What we think he was referring to is when the TORUM came into existence as law.

At the time of writing, TORUM’s most recent amendments came into operation on 1 September 2016. This means that section 80, which is in the most recent version of the Act, is still law.

Signed by the Queen of England or Queen of Australia: why does this matter?

The thing is, there are several ways a piece of legislation becomes operational as law:

Because both Royal Assent and Proclamation involves the Governor of Queensland, it is easy to see how the driver had got confused. The main point, though, is that yes, the TORUM and section 80 are current law and yes, the driver in the video had to comply with the lawful direction to submit a breath test.

Queensland has its own constitution and its own parliament

While the driver said he has read the Australian constitution, he also stated that it was 1009 pages long. We wondered what font size it was printed in as it is only 68 pages in length.

More relevant to the TORUM and the driver’s question of whether he was free to go, is the Constitution of Queensland. Queensland has its own constitution to determine the make-up of its parliament, how and when the state elections are held, and the powers of the Governor of Queensland, among other administrative things. Generally, in matters of traffic, drink driving and criminal law, the Australian constitution is not necessarily helpful.

Complying with lawful directions made by police

At the end of the video the police officer says, ‘Mr Summers we will see you later on.’ Assuming the police took down the man’s real name and address before the video recording was made, it is highly likely he got hit with a charge of refusing to submit to a breath test.

Asking for a person’s name and address is a lawful direction by a police officer which must be complied with under section 40 of the Police Powers and Responsibilities Act 2000. As with most laws, there are exceptions to this general rule which can apply.

That being said, in our experience police are not always perfect. This is why we have some helpful information about reporting police misconduct in Queensland.  In this instance, though, we have nothing but praise for this police officer’s patience.

In the end, all of the man’s effort and grilling on social media could have been saved with a simple call to a lawyer. Go To Court Lawyer’s Legal Hotline has real lawyers available to speak with anyone from 7am to midnight, even if it is about a question on whether the TORUM is really law.

UPDATE: QLD MP Billy Gordon Convicted of Drink Driving
On 2 June 2016 we reported on charges laid against Queensland Member of Parliament Billy Gordon relating to drink driving and unlicensed driving. Mr Gordon was driving from Kuranda to Cairns when he was pulled over for a random breath test. He reportedly recorded a blood alcohol content reading of 0.094 – almost twice the…
Read more…

Queensland MP Charged With Drink Driving and Driving Unlicensed
A charge of drink driving has reportedly been laid against a Queensland Member of Parliament after police stopped him for a random breath test on Wednesday night. It was claimed that Billy Gordon, the Member for Cook, had been watching the State of Origin match in Kuranda and was driving back to Cairns along the…
Read more…

DUI Record Set in Queensland
Authorities were left dumbfounded after a Gold Coast woman found behind the wheel of her car recorded a breath alcohol reading of 0.48 – almost 10 times the legal limit. Paramedics found the woman passed out in her car outside a Runaway Bay cafe. She was transport to Gold Coast University Hospital where blood tests confirmed…
Read more… 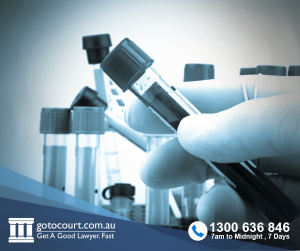 Refusing a Blood Test in Queensland
On Queensland roads, we are well aware that police have the power to stop and request a random breath/saliva test in order to determine whether a person was driving under the influence of drugs and/or alcohol. Queensland legislation also gives police the power to conduct blood tests in certain circumstances to conclusively determine whether a…
Read more…