Authorities were left dumbfounded after a Gold Coast woman found behind the wheel of her car recorded a breath alcohol reading of 0.48 – almost 10 times the legal limit. Paramedics found the woman passed out in her car outside a Runaway Bay cafe. She was transport to Gold Coast University Hospital where blood tests confirmed her high level reading.

This figure could set a new national record. According to the Director of the University of Queensland Alcohol and Drug Research and Education Centre, Professor Jake Najman, most people would be in a coma once they reached 0.3; a reading of 0.4 would generally mean unconsciousness or, in many cases, death.

Driving under the influence – quick facts

‘In charge’ of a motor vehicle 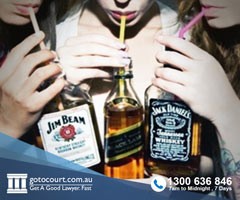 The case raises an interesting legal question. The woman was charged with high-range drink driving. This offence, found in sections 79 and 79A of the Transport Operations (Road Use Management) Act 1995 (‘TORUMA’), requires that the accused:

Here, the alcohol limit is not in question. The TORUMA states that a person over the high alcohol limit is ‘conclusively presumed’ to be under the influence (TORUMA s 79(3)) – in other words, it cannot be argued otherwise.

Given the 42-year old was found slumped over the steering wheel, it is unlikely the case is based on driving the vehicle or attempting to put it into motion. This raises the question, then, as to whether a person with near-fatal blood alcohol levels can really be considered ‘in charge’ of the vehicle?

The short answer is ‘yes’. Under the terms of the legislation, a person is automatically presumed to be in charge of a vehicle if, at the time of the offence:

The provision goes on to say to that ‘it is immaterial that by reason of circumstances not known to such person it is impossible to drive or otherwise use’ the vehicle (TORUMA section 124(1)(t)).

The woman’s licence was automatically suspended, and she faces severe penalties when her case returns to court next month. Hopefully she has learned her lesson. If you plan to drink, plan ahead. Designate someone who is not drinking to drive you home, or catch a taxi.

If you or someone you know has been charged with drink driving, you should seek legal advice as soon as possible. Call 1300 636 846 or ask for a call-back at www.gotocourt.com.au.