In Queensland, various traffic and driving offences require a driver to lose a number of demerit points. If an open licence–holder loses 12 points within a three year period (4 points for a provisional licence holder) then, unless the driver takes action, the licence is automatically suspended for a period of between three and five months, depending on the number of points accrued. This means that the driver commits an offence if he or she drives during that period, punishable by a fine of up to $4400 and/or up to a year in prison, together with a mandatory further ban of 6 months.

It is possible to alleviate the problem. The Department of Transport will forward a “Notice to Choose’ when 12 points are reached. This gives the driver the option of either accepting the suspension, or choosing a Good Behaviour Driving Period. During this period, which lasts for a year, the driver will be allowed to drive without conditions provided that he or she does not accumulate more than one more demerit point during that period. If two or more points are awarded, the driver’s licence is suspended for double the length of time of the original ban, if it had been taken at the time. For example, a driver accumulates 13 points, and opts for a Good Driving Behaviour Period. If he then receives a further two or more points in this period, his licence will be suspended for six months rather than three. 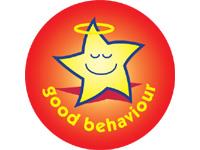 For someone in this position, it may be possible to apply to the Court for a Special Hardship Order. This is a Court order that allows the driver to continue driving, although there may be conditions on when and where the person can drive, such as only to and from work, or between certain times.