[vc_row][vc_column][vc_column_text]There are thousands of posts on the internet about weird laws in Australia, but how true are the claims? We researched the strangest ones we could find to see if there was any truth to them.[/vc_column_text][vc_column_text] 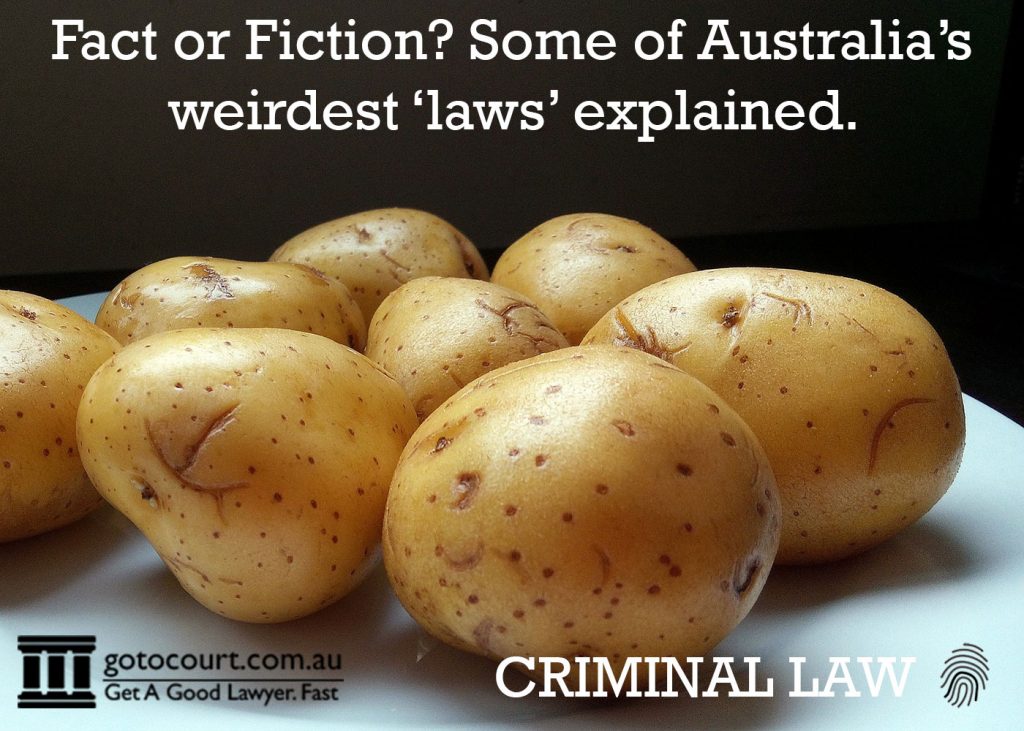 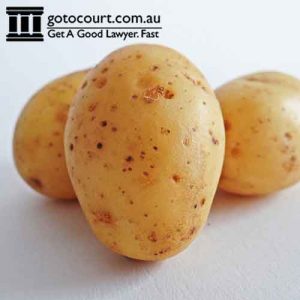 It has been claimed that in Western Australia it is an offence to possess 50kgs of potatoes. Sound strange? This one is fact!

Section 22 of the Marketing of Potatoes Act 1946 prohibits anyone from selling, delivering, purchasing, or taking delivery of 50kgs (or what appears to be 50kg) or more of potatoes unless you are a member of the Potato Corporation or an authorised agent.

The penalty for breaking this law is a fine of up to $2,000 for a first offence or $5,000 for a subsequent offence in addition to an amount up to twice the value of the potatoes.[/vc_column_text][/vc_accordion_tab][vc_accordion_tab title=”Rewards for the return of stolen property”][vc_column_text]Some have claimed that you cannot offer a reward in South Australia if you indicate there will be no action against the person. Again, this is fact.

Section 48A of the Summary Offences Act 1953 makes it an offence in that state to advertise a reward asking for stolen or lost property to be returned where the ad indicates that there will be no questions asked, the person returning the goods will not be arrested or investigated, or that money paid for its purchase or by loan will be repaid. The maximum penalty is a $500 fine.

A similar offence exists in Tasmania whereby printing or publishing an ad for the return of stolen or lost property which intimates that no questions will be asked, that a reward will be given without inquiry, or that money paid or loaned for property will be repaid on its return, will incur a fine of up to 5 penalty units (currently $785) (Police Offences Act 1935 s 41). 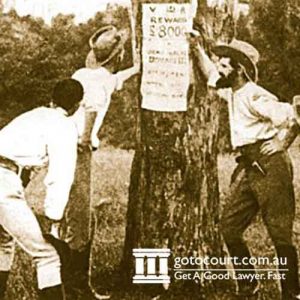 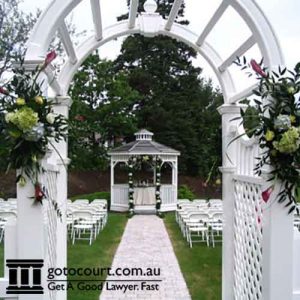 If you have come across those claims that it is an offence in South Australia to obstruct or disturb a wedding, a funeral, or any religious service, you may be surprised to learn that this is fact.

It is also an offence to obstruct or disturb anyone trying to get to or leave from any such ceremony or service if it is done in a way that is meant to cause offence and is in some way related to their attendance at the event (Summary Offences Act 1953 (SA) s 7A).

The maximum penalty is a fine of $10,000 or imprisonment for 2 years.[/vc_column_text][/vc_accordion_tab][vc_accordion_tab title=”Faking births, deaths or marriages”][vc_column_text]It is true that, in Queensland, it is illegal to publish a notice or ad that falsely reports, expressly or by implication, that a child has been born, a person has died, a funeral is planned or has occurred, a couple has become engaged, are about to marry, or have been married, or that a job is available (Summary Offences Act 2005 (Qld) s 21). 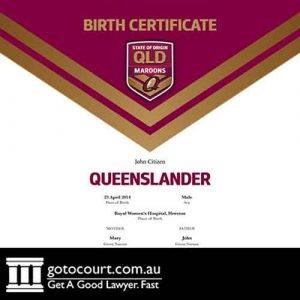 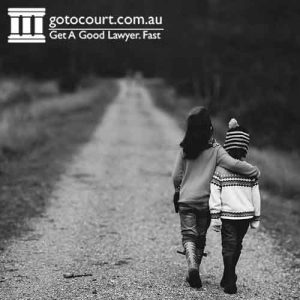 Many tourist websites claim that in Australia it is illegal to walk on the left-hand side of the road. This is largely fiction.

Generally speaking, pedestrians must keep off the road if there is a footpath or nature strip along which they can walk (see, for example, Transport Operations (Road Use Management) Regulations (Qld) reg 238(1)) – noncompliance could earn you up to 20 penalty units or $2,438.

Where there is no reasonable way to use or access a footpath, in most Australian jurisdictions, you must (unless impracticable) walk on the side of the road which faces approaching traffic – that is, the right hand side of the road. The penalty for failing to do so depends on the jurisdiction:

This one makes sense – better to see the vehicles approaching so you can dodge them if necessary!

In South Australia, it is an offence to walk ‘without due care or attention’ or without considering others using the road (Road Traffic Act 1961 (SA) s 87), but it does not specify a particular side of the road must be used. The maximum penalty is a fine of up to $2,500.

In the Northern Territory, it is an offence for a pedestrian to walk on a road if there is a footpath or nature strip available unless it is impracticable to use it. However, if you need to walk on the road, the NT legislation requires only that you keep as far to the left or right of the road as practicable (Traffic Regulations – Australian Road Rules (NT) s 238(2) – max 20 penalty units ($3,080) or 6 months imprisonment (Traffic Regulations (NT) reg 93)).[/vc_column_text][/vc_accordion_tab][vc_accordion_tab title=”Injuring pigeons”][vc_column_text]Have you heard that it is an offence in both SA and Victoria to kill, injure or take, or enter onto a property intending to kill, injure or take, a homing pigeon unless you have lawful authority to do so?

Again, this is fact. The Victorian legislation specifically prohibits shooting, killing, wounding, injuring, destroying, ensnaring, catching or taking the pigeon (Summary Offences Act 1953 (SA) s 47; Summary Offences Act 1966 (Vic) div 7). The maximum penalty is 1 penalty unit (currently $155.46) though the division does not preclude other civil or criminal proceedings that may apply. In SA, the penalty is a fine of up to $250 and the court can order you to compensate the owner for the value of the pigeon.

In Western Australia, you can be in trouble for stealing a pigeon, but only if it is tame and either in a pigeon-house or on the owner’s land (Criminal Code (WA) s 370). 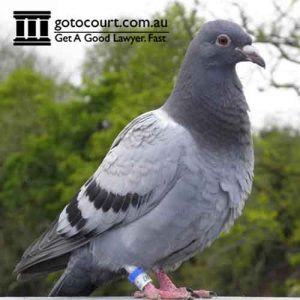 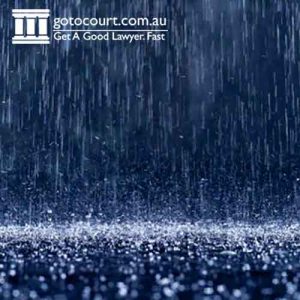 Did you know that in Victoria it is an offence to undertake any rain-making activity unless you are authorised to do so (Rain-making Control Act 1967 (Vic) s 9).

‘Rain-making’ refers to the artificial nucleating or seeding of clouds using a manned aircraft (s 2), so your rain dances should still be okay.[/vc_column_text][/vc_accordion_tab][vc_accordion_tab title=”Is the size of your fridge legal?”][vc_column_text]Thinking of selling your 43 litre fridge in South Australia? Think again. Section 58B of the Summary Offences Act 1953 states that you cannot offer to sell, sell, or hire a refrigerator or ice chest or similar that has any compartment bigger than 42.5 litres. The only exceptions are if every door or lid can be easily opened from the inside of the refrigerator, or if it was manufactured or imported into South Australia prior to 1962.

You must also not dump a refrigerator or other article of this size unless you have removed every door and lid. 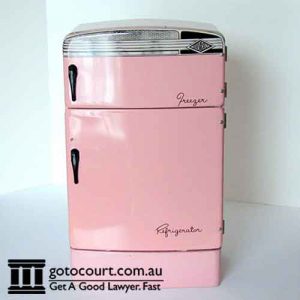 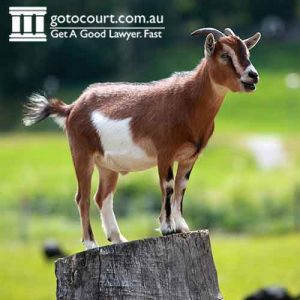 Think it’s a joke that there is a law prohibiting you from tying your goat to a vehicle in Victoria? Think again.

It is, in fact, an offence there if you harness or attach your goat or your dog to a vehicle and drive it in or through a public area (Summary Offences Act 1966 (Vic) s 8(c)). The penalty is 5 penalty units (currently $777.30).

You must also refrain from driving your cart, wagon or dray in or through a public area unless you have your name and address painted legibly and permanently on the right side in lettering that is a minimum of 25mm long (s 8(b)).[/vc_column_text][/vc_accordion_tab][vc_accordion_tab title=”Road rage by drivers of public transport”][vc_column_text] 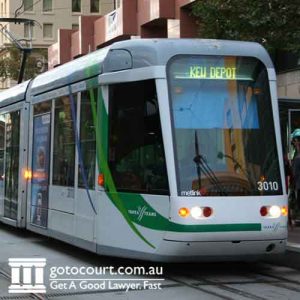 Next time you see your train, tram or bus driver getting upset with passengers or other road users in Victoria, rest assured that they are not allowed to engage in road rage. In that state, anyone who drives, guards or conducts public transport must not wilfully cause delays on the road, or use any kind of language in speaking to a passenger that is abusive or insulting, or endanger the safety or property of anyone because of intoxication or misconduct (Summary Offences Act 1966 (Vic) s 8(i)).

Section 8 of this same Act also prohibits anyone – not just public transport employees – from killing an animal or skinning a dead one on a public road (s 8(g)). Good to know.[/vc_column_text][/vc_accordion_tab][vc_accordion_tab title=”Vacuuming at night”][vc_column_text]Have you heard the one about it being an offence in Victoria to vacuum at night? This is largely true.

You will be in trouble if your vacuum cleaner emits ‘unreasonable noise’ from a residential property between 10pm and 7am Monday to Friday and 10pm and 9am on weekends and public holidays (Environment Protection (Residential Noise) Regulations 2008 (Vic) reg 6). The noise will be considered unreasonable if, for example, it can be heard in a ‘habitable’ room in any other residential property regardless of whether they have the door or window open or closed (Environment Protection Act 1970 (Vic) s 48A). 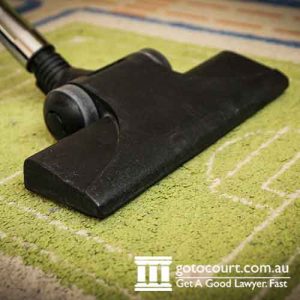 [/vc_column_text][/vc_accordion_tab][vc_accordion_tab title=”Replacing your light bulb”][vc_column_text]Many websites argue that it is an offence for you to change your own lightbulb in Victoria. Fortunately, we can report that there is nothing in the legislation to indicate that this is fact. You are precluded from undertaking your own electrical work, but as for replacing a bulb – go for your life! 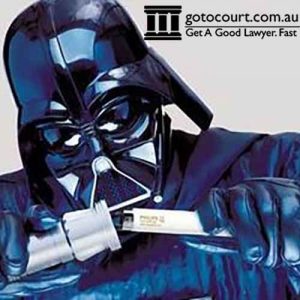 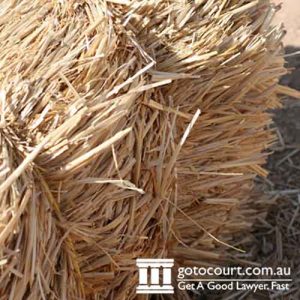 A really common claim was that taxis are supposed to carry a bale of hay at all times. This would have made sense when the taxi was a horse-drawn cart. Now, not so much.

You may be pleased to know that there is no evidence that the law still exists anywhere in the country. You may also be pleased to know that hoteliers are also no longer required to stable, feed, and water horses.[/vc_column_text][/vc_accordion_tab][vc_accordion_tab title=”Neck-to-knee bathers in Brighton”][vc_column_text]The times, they are a-changin’. No, you don’t have to wear neck-to-knee bathers to swim at Brighton Beach in Melbourne, nor is there a limit on the amount of fabric you can have in your bikinis on the Gold Coast in Queensland.

You should note, though, that both states have laws against indecent exposure. 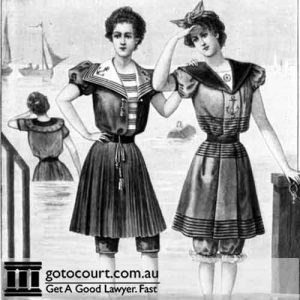 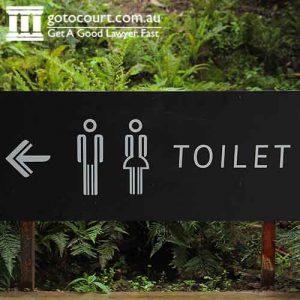 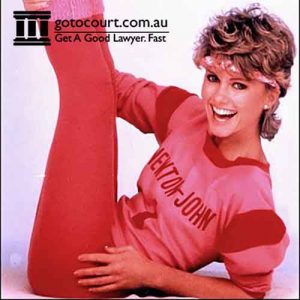 Many many websites claim, without any kind of evidence to support it, that it is illegal to wear hot pink pants after midday on a Sunday in Victoria.

There is, however, nothing we could find in the legislation – old or new – to indicate that this is fact.

So you may wear your hot pink pants anytime you like! Though whether you should is another question …[/vc_column_text][/vc_accordion_tab][vc_accordion_tab title=”Some timely advice”][vc_column_text]There are a lot of strange laws out there, but also a lot of rumour-milling and fiction. The lesson is, don’t believe everything you read online (except on our website of course!).

Much of the legislation in all States and Territories in Australia harks back to colonial days. As it is generally only amended where a specific need is identified, much of it has remained undisturbed. Take, for example, a provision in the property law legislation of South Australia, Victoria and Queensland (Land of Property Act 1936 (SA) s 8, Property Law Act 1958 (Vic) s 51, Property Law Act 1974 (Qld) s 8):

‘All lands and all interests therein shall lie in grant and shall be incapable of being conveyed by livery or livery and seisin, or by feoffment, or by bargain and sale …’

But we all know what that means, right? 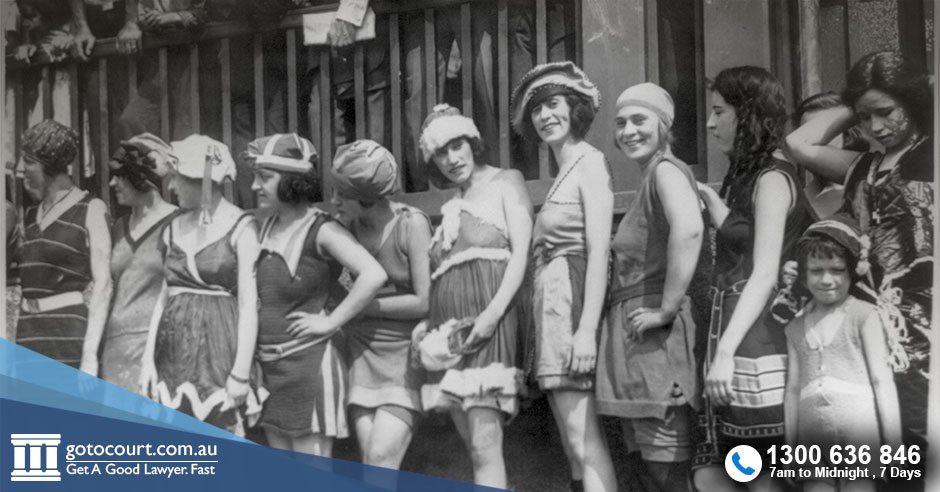