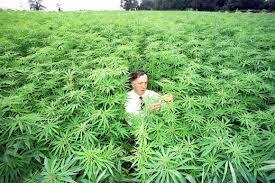 The Perth Drug Court operates in the Perth Magistrates Court, and is aimed at breaking the cycle of drug related offences by allowing you to enter a treatment program prior to sentencing. There is also a Children’s Drug Court available for minors. You will be able to address any drug related problems and associated lifestyle, while also reducing any term of imprisonment. This allows you to deal with the problems prior to sentencing to show the Court that you have taken positive steps in the attempt to reduce the likelihood of reoffending. Contact our Go To Court Criminal Lawyers Western Australia and Go To Court Criminal Lawyers Perth.

How do I get referred to the Drug Court?

The Perth Drug Court accepts referrals from the Magistrate, District and Supreme Courts, and is normally referred at your first court appearance. You must be willing to plead guilty and be available to participate in treatment. After you have been referred to the Drug Court Program you will undertake an initial assessment, and considered by the Drug Court Magistrate as to suitability. The Drug Court Magistrate, when assessing your suitability, will take into consideration the seriousness of your drug problem, the seriousness of the offence and what individual requirements have been identified during the assessment. If accepted, your final sentencing will be deferred until after you participate in the treatment program.

What are the Drug Court programs?

There are four different programs available within the Perth Drug Court, which are as follows:

All of the above programs require you to undertake regular drug screen urine tests, make regular appearances in the Drug Court, and participate in treatment through the help of support services and programs within the community. The programs can run from 3 months to 12 months depending on your individual circumstances.

What happens once I complete the Drug Court program?

If you were referred through the Magistrates Court, then the Drug Court Magistrate will provide the final sentencing taking into consideration your participation in the treatment program. If you were referred through the District or Supreme Court, your matter will be referred back to that Court for sentencing, along with a comprehensive report for the Judge to review. If you would like to know more about the Perth Drug Courts, some frequently asked questions can be reviewed on the Department of the Attorney General’s website.