Dubbed the ‘demerit queen’ by Channel 9, Chaffey appeared in Ringwood Magistrates’ Court on 14 June 2016 after having accrued 157 driver demerit points and additional charges for having been driving while her licence was suspended. The offences related to driving outside of marked lanes, driving in a lane designated for emergencies, speeding, failing to indicate, and following too closely behind other cars.

Police were horrified by Chaffey’s record, while road safety executive, Russell White, described her behaviour as ‘incredibly shocking and really scary’ as it showed she was unconcerned about her own safety and the safety of others. Outside Court, Chaffey was unrepentant, telling reporters that she was a ‘good driver’ and challenging them to prove that her driving was dangerous.

In Victoria, the number of demerit points you can accrue before losing your licence depends upon whether you hold a full licence or a provisional or learner licence. For full licence holders, accrual of 12 or more demerit points will result in the loss of your licence for a period of 3 months for accruing 12 points, and an additional period of 1 month for every 4 points over the first 12.

This kind of behaviour shows a lack of concern for her own safety and the safety of others.

For driving while on a suspended licence in Victoria, the penalty will depend upon the reason for the suspension and whether it is the first time the person has done so or if they are a repeat offender. The typical penalty for a first offence is a fine of more than $4,500 (30 penalty units) or 4 months in prison. If it is not her first offence, the penalty could be a fine of more than $36,400 (240 penalty units) and up to 2 years in prison. The court may also impose a further period of disqualification from driving. 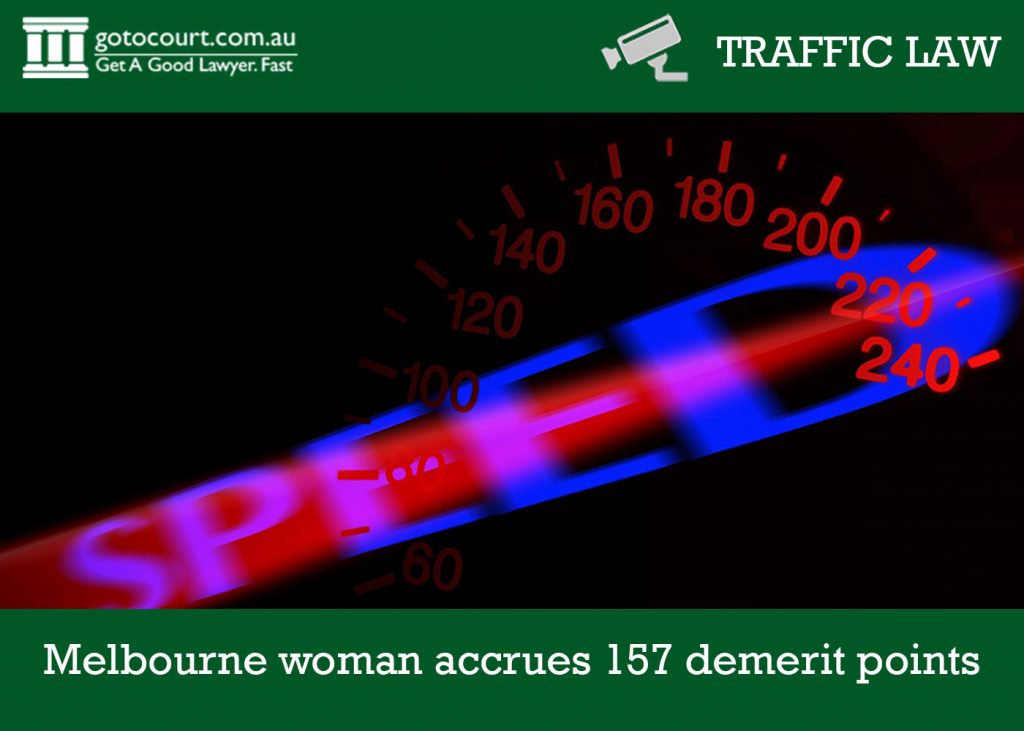 For Chaffey, assuming she held a full licence (even though suspended) when she accrued the demerit points, this could mean suspension for around 40 months, or nearly 3 ½ years, though it is likely, given the extent of her record, the court will impose an even longer period of disqualification. The penalty for driving whilst suspended depends upon whether it is her first offence, but it is probable the court will not look favourably upon her and she could be facing a heavy fine and a period of imprisonment.

Chaffey is likely to be eligible to – and indeed is of the opinion she will – drive again next month after the expiration of the automatic disqualification period. However, she is due to face court again in August for sentencing, so shouldn’t count on having her licence for very much longer.