Each day, thousands of Victorian drivers are issued with Infringement Notices in relation to a wide variety of traffic offences. These offences range from drivers simply failing to lower their headlights from high beam, to using a mobile phone while driving, or more serious offences such as excessive speed and drug-driving.

Each Infringement Notice contains information regarding the detail of the offence; the amount of the fine; the demerit points that will accrue if the driver accepts guilt for the offence; information with respect to whether a conviction will be recorded; and whether there is any mandatory licence suspension or cancellation and disqualification associated with the offence.

What are Demerit Points?

In Victoria, VicRoads manages the demerit points system. Their website has a list of demerit point offences and the points applied to each.

If a person is driving in Victoria but has a licence from another State, then their home State’s driving authority will record the same demerit points on their licence as they would have accrued if the offence was committed in their home state. The points are also recorded against the driver in Victoria.

Likewise, if a person is driving interstate on a Victorian licence, accrued demerit points are recorded against the driver in that other State, as well as in Victoria.

The number of demerit points a licence holder can accumulate before VicRoads suspends their licence depends on the type of licence that they hold.

If a Full licence holder incurs 12 demerit points within a three-year period, VicRoads will send them a Demerit Point Notice advising the automatic suspension of the person’s driver licence and the duration of the suspension. It will also provide a choice of two options:

Option 1: To accept a 3-month licence suspension with an additional one (1) month suspension for every four (4) demerit points incurred in excess of the twelve allowed. If this option is selected, VicRoads will then send an additional letter advising the dates between which the suspension will apply and the driver is disqualified from driving. Once this period is served without further incident, the driver’s licence is returned with all the demerit points removed.

Option 2: This is commonly referred to as the ‘golden point option’. This option allows drivers to avoid a licence suspension by extending the demerit point period. Selecting this option provides the driver with a further 12 months to demonstrate a responsible driving attitude, during which they must not incur any further demerit points. However, should a driver incur a single demerit point during this 12-month period, their licence will be automatically suspended for twice as long as the original suspension would have applied.

The Option 1 three-month suspension is not applicable if Option 2 is accepted and breached. At the end of the suspension period applied, the driver’s licence is returned with all the demerit points removed.

If the licence holder doesn’t respond to the option letter within 21 days, their licence will automatically be suspended from the date stated on the demerit point notice that caused them to exceed the maximum allowable points.

Effect of a Demerit Point Suspension

Once a driver licence is suspended, the holder cannot drive for the entirety of the suspension period. There are serious additional penalties for driving while suspended.

As Option 2 is the only way to avoid an immediate licence suspension, many drivers select it in the hope that they will avoid future penalties. However, this is often not the best course for some individuals. Given that the licence holder incurred 12 demerit points within the previous 3 years, it is reasonably unlikely that they will not incur any further demerit points during the subsequent 12 months.

It is not an unknown occurrence that a person who has been an exceedingly careful driver during the 12-month golden point period has lost their licence for six months because of a very minor breach of the road rules on the last, or nearly last day of their golden point period.

Note that if a P-plate licence is suspended due to an accumulation of demerit points, the driver-probationary period will also be extended by the suspension period plus an additional 6 months.

A driver facing suspension may apply to have a particular traffic infringement reviewed, but they must do so before they receive a ‘Notice of Final Demand’. They must also have a good reason for requesting the review.

A licence holder may elect to take the matter to the Magistrates’ Court. Application to the Court must be made before a Notice of Final Demand is issued and within 28 days of the issue of the Infringement Notice.

Their licence or permit will not have demerit points recorded against it if the Magistrate finds that:

In Victoria, there are no ‘work licences’ or ‘hardship licences’ as there are in some other States, notably Queensland. A driver either has a valid licence or they do not. Many drivers who are approaching the 12 demerit point limit, or who are on the ‘golden point’ will naturally do everything they can to avoid a suspension. As a result, they will often contest an Infringement Notice that will cause their demerit point limit to be breached by electing to have the matter heard in the Magistrates’ Court.

An Infringement Notice is not an admission or finding of guilt – it is an allegation of a driving rule infringement. To admit to the offence, the driver must either pay the fine, by which action guilt is imputed, or plead guilty in a Court. Where a driver seeks to defend the charge, they have a right to see the brief of evidence against them, and to have their matter determined by the Court.

However, drivers who elect to defend the charge in the hope of avoiding the demerit points are often left disappointed and more seriously out of pocket. This course is therefore not recommended except where the driver is very certain of their legal position and have good evidence that clearly proves them innocent of the charge. Obtaining such mitigating evidence is unusual.

If a person pleads guilty to the charge or is found guilty by the Court, the presiding Magistrate has no power to amend the number of accrued demerit points when handing down a sentence. Put another way, the demerit points associated with the Infringement Notice will automatically flow upon a finding of guilt. The only way the demerit points can be avoided is to have the charge withdrawn or to contest the matter and be found Not Guilty.

Somewhat confusingly, people often leave court after contesting an Infringement Notice but ultimately pleading guilty in the course of proceedings, and happy because their licence wasn’t suspended by the Magistrate. However, they will usually receive a letter from VicRoads a few days later advising them otherwise. In other words, whether the Magistrate orders a suspension or not, the accrued demerit points will apply, and the driver’s licence will be suspended, from the date of the last offence accruing demerit points.

Similarly, many people will often elect to have a matter dealt with by the Court, despite their intention to plead guilty, in an attempt to buy some time, knowing that there is usually a delay getting such matters before the Court. With this passage of time they hope to have regained enough demerit points before their hearing to avoid losing their licence.

If a driver elects to have their matter heard in court, they will be served with a ‘brief of evidence’ that provides further details of the charge(s) against them. The brief may also contain statements from police officers or witnesses. If the matter then proceeds to a contested hearing, the defendant driver will be given the opportunity to call witnesses and present evidence in support of their case. This would be unusual in the case of a routine Infringement Notice for a minor traffic offence but may occur in more serious matters.

Drivers may not appeal on the basis of family, work, or other commitments which require them to be able to drive.

When an appeal notice is filed, the licence holder may also file an application for permission to drive until the hearing of the appeal. A Magistrate is only likely to grant this if the appeal is likely to be successful. However, if their licence has previously been suspended or cancelled for any reason whatsoever in the three (3) years prior to the application before the Court, permission will not be granted.

No person can apply for permission to drive if they are unlicensed.

If the appeal is dismissed, the Court will advise the date on which the licence suspension commences. Costs can also be ordered against the unsuccessful party.

Drivers who are unlicensed or who are driving on an overseas licence, are not in fact considered to have a licence which can be suspended. However, they can be disqualified from driving on Victorian roads at all, and from obtaining a licence for a period of at least 3 months, plus an additional month for each additional four (4) points accrued. A ‘golden point’ period will not be offered. A Disqualification Notice will be sent advising the driver when the disqualification period begins and its duration.

In most cases, providing a copy of the Infringement Notice to a Go To Court Traffic Team lawyer will be sufficient to get appropriate advice on the prospects of successfully challenging an Infringement Notice. There will always be cases where the driver will be able to elect to have the matter heard in Court, and the brief of evidence reviewed by a Magistrate.

The information provided in this article is intended to be of a general nature only and does not constitute legal advice. Any driver facing suspension for demerit point accrual will require legal assistance and should telephone 1300 636 846 or request a consultation with one of our Traffic Team lawyers as soon as possible.

Carl Finch undertook his Bachelor of Laws at Monash University before moving on to complete a Graduate Diploma in Legal Practice at Leo Cussen Centre For Law, where he also completed an Advocacy Program. Carl practices predominantly in family law and civil law as well as criminal law and understands the different challenges his clients face in each area. Carl has a passion for developing practical solutions to his client’s problems in order to achieve real-world outcomes. He prides himself on thinking outside of the box when it comes to finding solutions to intractable legal problems. 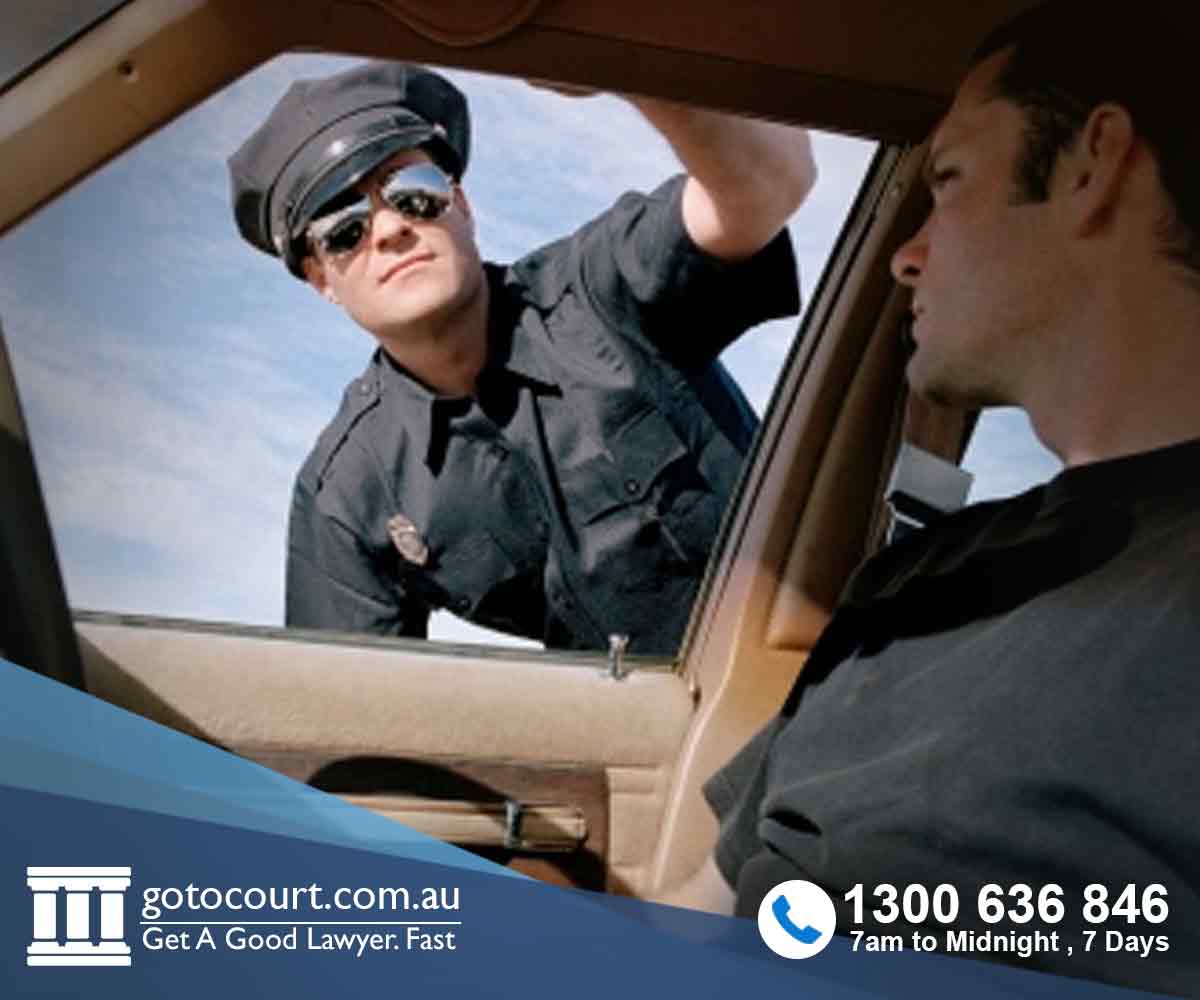 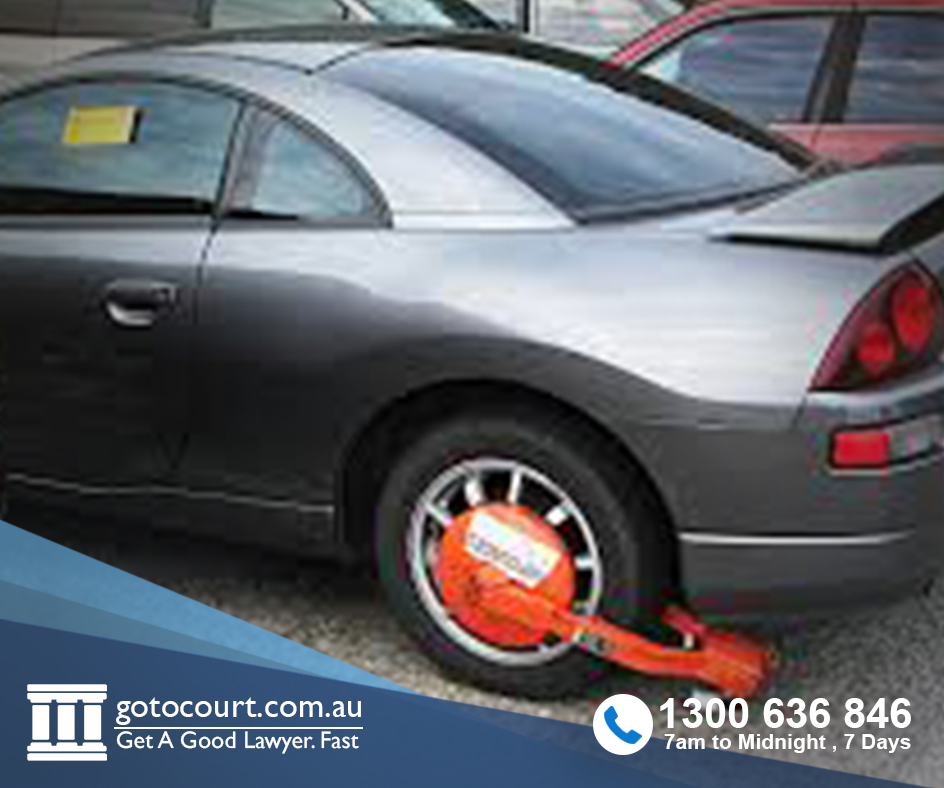 Impoundment and Immobilisation of Vehicles (Vic)