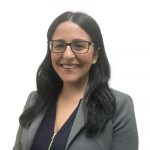 Samira holds a Bachelor of Laws, a Bachelor of Science (Psychology) and a Masters of Dispute Resolution as well as a Graduate Diploma in Legal Practice. Samira is admitted as a solicitor in New South Wales. She is highly experienced in Family Law, Consumer Law, Traffic Law, DUI, Criminal Law and Family Law. Samira has also presented the legal component at many Traffic Offenders Intervention Programs and dedicates her spare time educating others when new traffic legislation becomes effective. Samira loves to mentor newly admitted solicitors and is always ready to provide additional assistance to her clients.

The Demerit Points Scheme is a program agreed between the States which allocates demerit points for a range of driving offences. It’s designed to encourage safe and responsible driving. Along with financial penalties, demerit points provide a strong incentive to drive within signposted speed restrictions. Any driver who exceeds the limit of allowable Demerit Points may have their licence to drive suspended by the NSW Roads and Maritime Service.

Should a person holding an unrestricted licence incur 13 or more demerit points in a 3-year period, then their licence will be suspended. The suspension period depends on how many points have been accumulated.

Should a Provisional P-2 licence accumulate seven (7) or more demerit points their licence will be suspended for three months. P-2 drivers who receive a suspension for unsafe driving behaviour must stay on their P-2 licence for an additional 6 months for every suspension received.

Should a person driving on a Provisional P-1 or Learner licence accumulate 4 or more demerit points, their licence will be suspended for three months.

An unrestricted licence holder who is subject to a good behaviour period but accumulates two (2) or more demerit points within a 12-month period, their licence will be suspended for twice the original suspension period that was imposed by the RMS.

Unrestricted licence holders who have accumulated 13 or more demerit points cannot appeal to the Local Court for a variation to their suspension. The only options available to these drivers are:

1. Complete the suspension period; or
2. Apply for a Good Behaviour Licence through the RMS; or
3. Make an application for Professional Driver status, but conditions apply to the issue of such licences.

A driver who decides to complete the imposed suspension period must not drive for the period outlined in the RMS Letter of Suspension which is issued once the demerit point limit has been reached/exceeded. Once the relevant suspension period is completed, the driver must contact the RMS to ensure they’re eligible to have their licence suspension lifted. When this is done the accumulated demerit points that led to the suspension being imposed will be re-set to zero.

2. Applying for a Good Behaviour Licence

If a driver elects to apply for a ‘Good Behaviour’ licence, the application must be made to the RMS before the commencement date of the proposed period of suspension. This date will be advised in the letter from the RMS once the driver has reached or exceeded their demerit point limit. If approved, the suspension period imposed for exceeding the demerit point limit will cease and be replaced by a 12-month Good Behaviour Licence. The suspension period imposed for exceeding the demerit point limit will normally continue for 12 months. Drivers must make the election before this period begins. This 12-month Suspension Period/Good Behaviour Licence is strictly enforced. A driver may continue to drive during the 12-month period, but if they should accumulate 2 or more points while the 12-month Good Behaviour Licence is operative, the driver’s licence will be suspended for double the original suspension period imposed.

An application for a Professional Driver Licence will be considered if and only if the driver has accumulated exactly 13 demerit points and they are either a driver who transports goods or an accredited taxi, bus, or hire car driver who drives to earn their living. If their application is successful, they will then be given a threshold of 14 points instead of 13 in a 3-year period.

Appeals To The Court

The three options available to the Court on appeal are:

The suspension will remain in place and the suspended driver must complete the period of suspension originally imposed by the RMS. The Court can determine whether this period is to commence immediately, or from a future date. The driver will then have the demerit points reset in accordance with the offences that resulted in the suspension.

2. Dismiss the Appeal but Vary the Suspension

In this scenario, the driver is unable to convince the Court of the merit of their appeal but provide sufficient reason to the Court for a variation to the suspension. The imposed suspension period will be reduced to a length that the Court deems appropriate given all the circumstances. The Court will take into account the offence/s committed leading to the suspension; the driver’s traffic record; and the driver’s need for a licence for work, as well as other factors such as whether they are a carer or have other social responsibilities requiring them to be able to drive. Once the driver serves the relevant period of suspension, the demerit points against their licence will be reset in accordance with the offences that resulted in the suspension. The Court can also determine when the period of suspension begins.

In addition, should a driver incur two (2) suspensions as a result of accumulated demerit points whilst on a Provisional Licence, the RMS may ask the driver to complete:

Any appeal to the Local Court with respect to a licence suspension will incur a filing fee. There are also strict time limits which apply to the lodgement of licence appeals.

Any driver holding a Good Behaviour Licence who commits an offence for which two or more demerit points apply, and the driver pays the fine (which constitutes an admission of fault), no further avenues for appeal are available. Also in this case, the driver’s licence will be suspended for double the original suspension period.

However, if the driver does not pay the fine, they may be able to elect to have the matter heard in court. In this case, should the Court either dismiss the matter under section 10 of the Crimes (Sentencing Procedure) Act 1999 (NSW), or finds the offence not proved, no demerit points are applied and the Good Behaviour Licence remains in place until it expires.

State governments, and the State police services across Australia, have developed a nation-wide driver licence ‘demerit points’ system which provides that demerit points accumulated in one State will be reflected in the driving record of the licence-holder, regardless of which State issued their licence.

If a driver has their licence suspended for a long period by the Court, other avenues are now available in NSW to apply for a lifting of the suspension.

Regardless of the traffic matter involved, drivers who are in danger of having their licences suspended should contact our Traffic Law team at Go To Court Lawyers on 1300 636 846 immediately to get the best legal advice on how to minimise the penalty imposed and limit the inconvenience and costs of licence suspension. 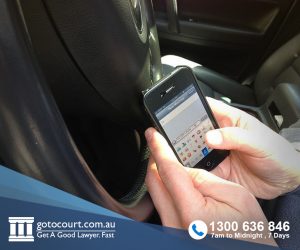 Can You Use a Phone While Driving? (NSW)
The New South Wales government recently passed a suite of reforms to the NSW Road Transport Act. The changes are designed to make roads safer and to keep traffic laws up to date with social changes and new technology. As part of the reforms, the state government has announced that it will be implementing the use…
Read more… 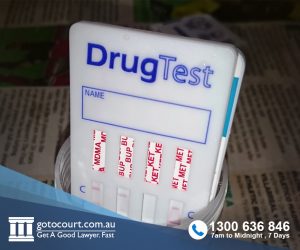 Drug Driving and the Law (NSW)
A sharp increase in the number of people charged with drug driving offenses has been recorded in New South Wales in the last three years. Drug testing was introduced in NSW in 2007, and in 2015 the government announced that it would triple the number of roadside tests administered by police. A person does not…
Read more…