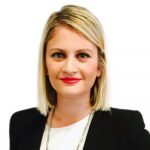 Sylvie holds a Bachelor of Laws and Bachelor of Arts (Behavioural Science). She was admitted to practice in the Supreme Court of New South Wales in May 2011. Sylvie has been working in the legal industry since 2008 and has a passion for criminal law. Sylvie is an exceptional professional and provides honest appraisals of client cases and outcomes. For several years Sylvie has also been volunteering at the Intellectual Disabilities Rights Service, providing after-hours telephone advice to individuals in custody.

So that Magistrates can hear after-hours bail requests, the Victorian government is introducing a night court. The announcement comes after the Bourke Street tragedy in Melbourne on Friday, 20 January 2017.

The alleged perpetrator had been released on bail by a bail justice a few days before using his vehicle to drive into groups of pedestrians in the mall. Bail justices in Victoria are volunteers and are not legal practitioners. Magistrates, on the other hand, are legal practitioners who have been appointed by the government and usually have many years’ experience in the legal industry. 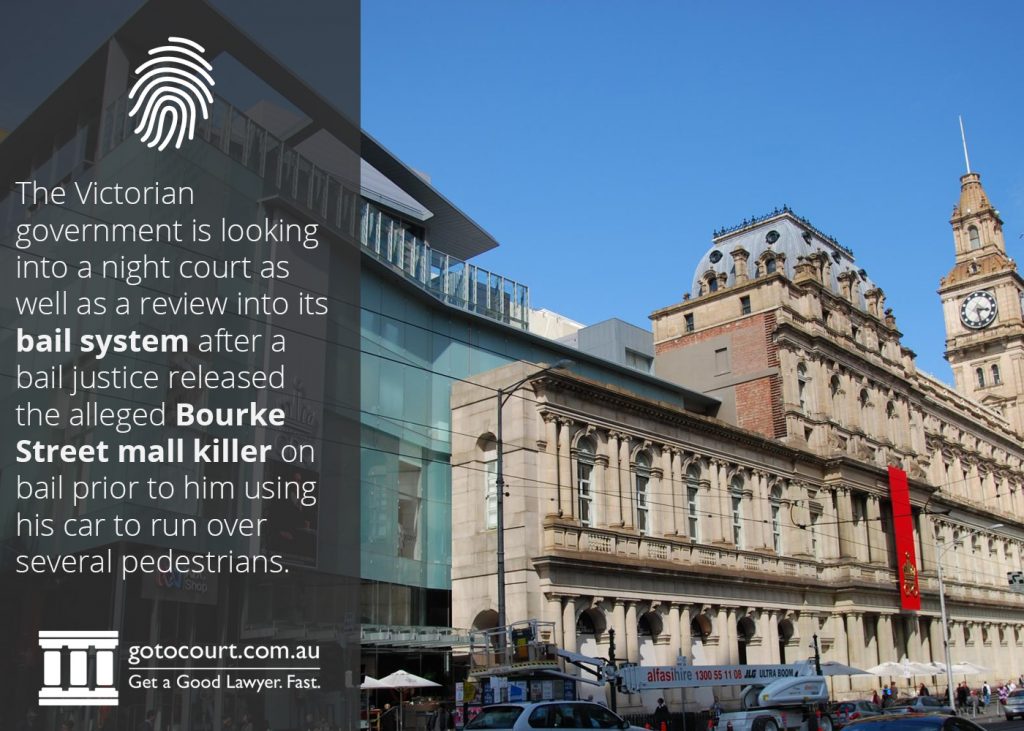 Victoria has a “bail justice” system

When a person is arrested in Victoria, the police are obliged to determine whether you can be released on bail or remain in custody. If a court or bail justice is not available to hear your matter within 24 hours of the arrest, then police must release you on bail unless there is a legal reason not to. Such reasons include that there is an unacceptable risk that you will commit another offence.

The issue of the alleged Bourke Street tragedy perpetrator was that he was released on bail by a bail justice and (presumably) deemed not to present an unacceptable risk of committing another offence. Understandably the Victorian government sees what has happened as unacceptable and is trying to change the system in order to ensure that it does not get it wrong in the future, risking more lives.

Victoria is the only state to have bail justices. In Queensland, NSW, Tasmania, South Australia, WA, the NT and the ACT, the system is fairly consistent. In these other states and territories, a police officer, usually of a certain rank, will assess your circumstances for bail. If granted bail by police, it is called police bail.

If police do not grant you bail, you are brought to a court where a Judge or Magistrate will assess your bail application. This process is often described as court bail. In all instances of bail in Australia, it is a written promise that you will attend your court matter and may include other terms.

Once implemented, a night-court would mean more bail applications being assessed by Magistrates rather than bail justices. It is unknown at this time whether bail justices will be scrapped altogether. What we do know is that if you are arrested, it is important to get legal advice quickly as the rules about your rights can change.

The events of Friday, 20 January 2017 were shocking and tragic. If you need help or to speak with someone, contact Lifeline on 13 11 14. To make a donation to the fund for the victims and families, visit the Victorian government’s website or call 1800 226 226.