On 1 November 2018, the Victorian government introduced some changes to the road rules. There are now more severe penalties in relation to certain offences under the Road Safety Act 1986 (RSA) and the Road Safety (Drivers) Regulations 2009 (RSDR). It is hoped the changes will deter drivers from speeding and from driving whilst unlicenced or disqualified.

Longer licence suspensions now exist under the Road Safety Act  introduced in relation to offences of excessive speed. The below table depicts the changes made to speeding offences for regular vehicles in circumstances where the offender is a full licence holder. The monetary amounts cited are based on the value of a penalty unit at November 2018, which is $161.19.

The below table depicts the  changes made to penalties where a full licence holder is caught speeding in a heavy vehicle:

Under the amended Road Safety Act, excessive speed offences, i.e. speeds exceeding 25 km/h or more over the limit, will no longer accrue demerit points. However, the automatic licence suspension period has increased from 1 month to 3 months.

Driving while unlicensed or disqualified

Section 18 of the Road Safety Act now provides that an individual who commits the offence of driving while unlicensed will be subject to a maximum penalty of:

Section 30 of the Road Safety Aact now provides that an individual who drives a vehicle while disqualified, regardless of a first or subsequent offence, will be subject to a maximum penalty of:

Two new sections have been introduced as part of the changes to the Road Safety Act.

Section 32(1) provides for offences relating to engaging employees and volunteers who are unlicenced to drive motor vehicles.  It is a defence to this offence if the employer is able to demonstrate they held a reasonable belief that the employee or volunteer held a valid drivers licence or permit to operate a motor vehicle.

Section 32(2A) of the Road Safety Act allows penalties to be imposed on employers who become aware that an employee or volunteer does not hold a valid licence or permit to operate a motor vehicle and continue their employment.

The maximum penalty for either of these offences for an individual is 20 penalty units and for a corporation it is 100 penalty units.

Section 32(3) of the Road Safety Act provides that it is an offence for an employee not to notify their employer that they do not hold or have ceased to hold a licence or permit to operate a motor vehicle. The penalty for contravening this sub-section is 10 penalty units.

Section 32A now imposes penalties on persons who knowingly allow, permit or cause another person to drive a motor vehicle without a valid drivers licence or permit to drive that motor vehicle. The maximum penalty for a contravention of this section is 60 penalty units or 6 months imprisonment.

The increase in suspension periods for drivers caught committing excessive speed offences may deter drivers from committing such offences. In a study relied upon by VicRoads, licence suspensions were determined to be ‘the key to deterring of higher level speeding offences.’

The increase in penalties around unlicenced driving, driving while disqualified, and the newly introduced offences of engaging employees or volunteers to operate motor vehicles, knowingly them to be unlicenced, exemplify a tougher approach to enforcing road rules in the State of Victoria.

If you require legal advice in a traffic matter or in any other legal matter please contact Go To Court Lawyers.

Road Rules and Cyclists in Victoria
Cyclists in Victoria are permitted to ride on the roads, on bike paths and on shared footpaths. Cyclists are generally not allowed to ride on pedestrian footpaths. Cyclists must obey all road rules as well as being subject to some extra rules that apply only to bicycles. Failure to obey the road rules can result…
Read more…

Review of Infringements by Fines Victoria
In December 2017, Civic Compliance was replaced by Fines Victoria as part of the Fines Reform Act. Victorians wanting to pay or deal with infringements (also known as ‘on the spot fines’) must now do so through Fines Victoria. Fines can be paid online, by phone, mail or by BPAY. If a person receives a…
Read more…

Impoundment and Immobilisation of Vehicles (Vic)
Under the Road Safety Act 1986, Victorian courts have the power to order that a vehicle be impounded, immobilised or even forfeited, if certain traffic offences have been committed in it. Offences that can result in impoundment or immobilisation of a vehicle include driving under the influence of drugs or alcohol, driving at a dangerous speed,…
Read more… 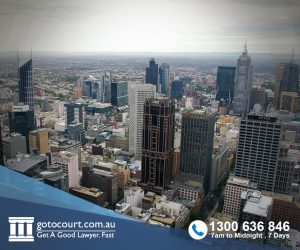 P Turns and Other Changes to Melbourne Road Rules
The introduction of P turns is one of several changes to Road Rules that Vic Roads has rolled out for specific locations in Melbourne. The new rules are designed to reduce congestion in areas notorious for traffic jams, but critics say they will only create more confusion. The infamous ‘hook turns’ mandated at particular intersections…
Read more…