Judicial review of migration decisions is a process undertaken by the federal courts. It involves the court examining the lawfulness of a migration decision made by a decision-maker, usually the Administrative Appeals Tribunal or an inferior court.

Judicial review is typically used to remedy errors of law which affect the authority of the decision-maker to make the decision. It is a process that allows the courts to supervise the Tribunal and lower courts, and protect against these bodies making decisions outside of their authority. 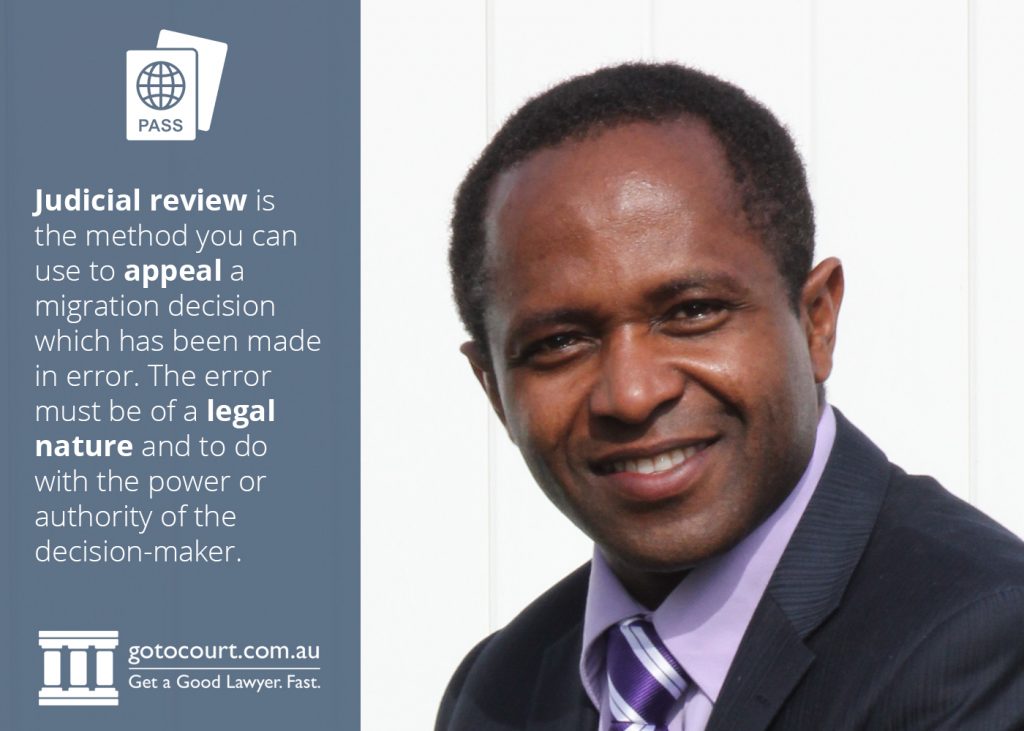 There must be a jurisdictional error made in the decision

Because Part 8 to the Migration Act 1958 limits judicial review of migration decisions, the High Court of Australia determined that migration decisions can only be brought to court if there was a jurisdictional error. The decision-maker’s error must have been both legal in nature and relate to the core power of that decision-maker’s ability to make the decision (their jurisdiction).

What constitutes a jurisdictional error?

Determining whether a decision is affected by a jurisdictional error is a complex process. The High Court tried to make it easier in its unanimous decision in Craig v South Australia (1995) 184 CLR 163.

In that case their Honours determined that the following are examples where the court could consider there to be a jurisdictional error:

Cases where you believe the decision-maker was wrong because of a finding of fact, did not find your evidence credible or failed to give sufficient weight to the evidence are not considered jurisdictional errors.

What outcomes can be expected from judicial review?