Breach of Bail in Victoria

A person charged with an offence can be released from custody with certain conditions on their signed undertaking (bail) to appear in court to answer the charge and obey the conditions in the undertaking. This conditional release on bail is usually only used for the more serious offences. A breach of bail in Victoria is considered to be serious by the police and the courts and if an accused person does not obey all of their bail conditions and come to court when required to do so they can be arrested and charged. Penalties imposed for breach of bail in Victoria are in addition to any penalties that may be imposed for the offences that the accused is on bail for. The law in Victoria relating to bail is the Bail Act 1977. 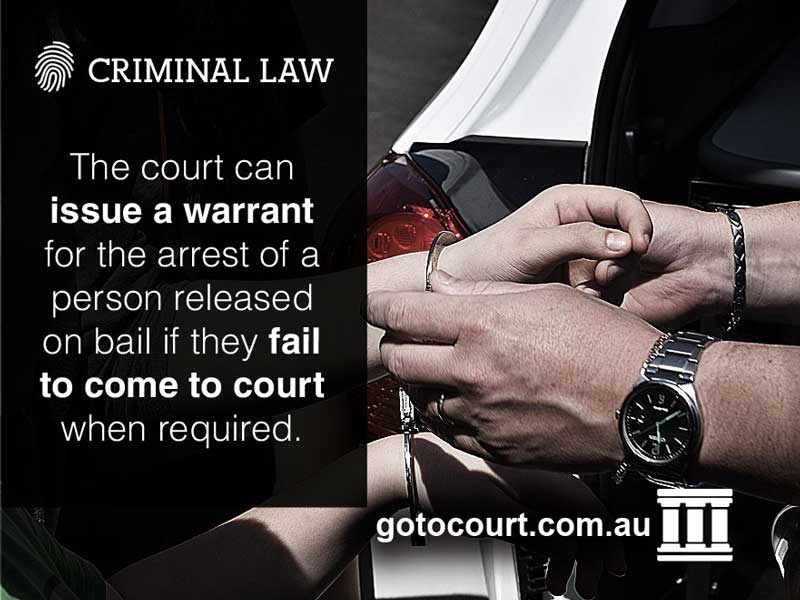 A police officer or a protective services officer can arrest any person who is on bail if they believe that they are likely to break a bail condition, or if they are breaking or have broken any bail condition. A warrant is not required to do so. The court can issue a warrant for the arrest of a person released on bail if they fail to come to court when required under the bail, or if there is a need to impose additional conditions or security on the bail.

If a person released on bail fails to attend court when required, the court can choose to extend bail. The can do so if they are satisfied that the reason for non-attendance is illness, accident or some other good cause.

It is an offence in Victoria for a person to breach a bail condition that relates to their conduct without reasonable excuse. If it is a minor breach, the police can issue infringement notices for the offence of breaching a bail condition. An example of a minor breach would be reporting to police late.  It is an offence to commit an indictable offence whilst on bail. Both of these offences have a maximum penalty of $4,500.00 or 3 months in prison. The penalty payable under an infringement notice for a breach of a bail condition is $150.00.

If a person on bail fails to come to court as required without reasonable cause or fails to surrender themselves into custody if required, they are guilty of an offence. This carries a penalty of 12 months in prison.Sometimes the conditions for the release of an accused person on bail may include the entering into of an undertaking by a surety/sureties. The surety may also have to deposit a sum of money or other security. The surety has a responsibility after signing the bail to do their best to make sure that:

If the accused person doesn’t come to court the surety may have to forfeit the amount set for the bail. However, a surety can apply for an order varying or cancelling that forfeiture. The surety’s obligations under the bail continue until the matter is finalised or until they are discharged from their liability. It is an offence in Victoria for any person to indemnify, reimburse or guarantee any surety’s obligation under the bail, or to offer to do so. The surety and other person may both be guilty of this offence, with a penalty of $2,275.05 or 3 months in prison.