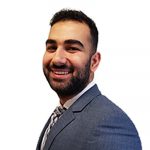 Ulas Guldogan holds a Bachelor of Laws and a Bachelor of Business, majoring in Finance. He completed his Practical Legal Training at the Leo Cussen Centre for Law. Ulas joined GTC Lawyers as a volunteer and immediately fell in love with criminal law. He also has strong interests in Family Law, Civil Law and Banking and Finance Law.

When you plead guilty you are essentially electing to accept responsibility before the court for the offences you have been charged with. A plea of guilty can be entered at any stage prior to the contested hearing. However, you should be aware that the courts commonly extend a sentencing discount when dealing with people who are pleading guilty at an early opportunity. This means that they receive a slightly more lenient penalty than what they would have received if they had been found guilty by the court following a contested hearing. The courts will extend less of a ‘discount’ for a guilty plea the closer a matter gets to a contested hearing. When considering pleading guilty, it is essential to consider the charges laid against you, the police summary of facts and the strength of the evidence against you.

These documents can be tendered to the court for its consideration and can assist the magistrate to decide on the appropriate sentencing orders.

It is crucial that you do not make excuses for your actions in your apology letter.

An apology letter should generally include:

A character reference should include:

If the character reference is from your employer, it can also address any impact the recording of a conviction or a licence suspension would have on your employment.

Once you arrive at the courthouse you will be required to attend the Criminal Coordinators Counter and file your appearance and advise them that you will be pleading guilty. The clerk will then inform you which court room your matter is to be heard in. Upon entering and leaving a court room, when court is in session, you should bow to the Magistrate. Also ensure that sunglasses and hats are removed before entering a court room.

Depending how busy court is, you may have to wait a number of hours before your matter is called on. If you are representing yourself, once your name is called, you are required to make your way to the bar table in the middle of the court room where a prosecutor will already be sitting. The Magistrate will ask you what is happening with the matter and you will say that you are pleading guilty.

You will then have your chance to speak and explain to the Magistrate the circumstances of the offending. You should also tell the Magistrate:

You may at any time tender your apology letter and character reference to the Magistrate to support your submissions. The process can be stressful. If it help you, you can write down what you wish to say and read it out in court.

If you believe the sentence imposed is unfair, you have a right to appeal the decision to the County Court.  An appeal must be lodged within 28 days from the date of your sentencing.