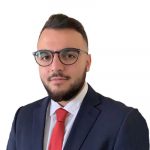 Adam Elbob holds a Bachelor of Laws and Bachelor of Arts majoring in Criminology and minoring in Policy Studies. He completed his Practical Legal Training at the College of Law. Adam is admitted to practise law in the Supreme Court of Victoria. Adam brings with him an array of experience in legal practice having been involved with community legal centres and private practice.

In Victoria, live performances and sporting events contribute significantly to the economy. Following recent legislative developments, event tickets sold to the public are now regulated by laws, which criminalise ticket scalping. The regulatory developments aim to safeguard our economic advancement by supporting enterprises in the promotion of their events to the public. Such laws prohibit tickets being bought at the market price and resold at an inflated price.

What is ticket scalping?

In Victoria, ticket scalping is governed by the Major Events Act 2009. Ticket scalping occurs when a person purchases a ticket at face value from the event organiser or its official ticketing agent. The scalper then proceeds to sell the ticket purchased in the primary market to a secondary market for more than ten per cent (10%) above the original face value.

The legislation aims to regulate the sale and distribution of tickets to certain music and sporting events. It ensures fair access, improves ticketing practices and controls ticket scalping.

The legislation refers to a non-authorised person knowingly selling tickets for a ticketed event without a reasonable excuse. The tickets are sold at a price where either

Advertising or offering the resale of tickets is also prohibited under the act if the sale of the ticket is advertised at a price that exceeds the combined original purchase price by more than ten per cent.

Offences relating to up to five tickets

Where a person resells a small number of tickets (up to five) to a sporting event where a ticket condition prohibits or restricts the sale or distribution of the tickets.

Ultimately, under Victorian legislation if a sports ticketing event has been declared and a condition of sale is imposed that prohibits the sale or distribution of the ticket by a person who is not authorised in writing to sell or distribute tickets on behalf of the sports event organiser and does so anyway that person has contravened this act. The condition that prohibits or restricts the sale of the ticket must be printed on the ticket, therefore it is prohibited to re-sell tickets to sporting events if there is a term of the ticketing contract printed on the ticket.

Option to serve an Infringement Notice

In accordance with the legislation, a police officer or an authorised ticketing officer may serve an infringement notice on a person who they believe on reasonable grounds has committed any of the offences mentioned above. This means that the offender does not need to attend court and will not get a criminal record.

The penalty for these offences when dealt with by infringement notice is five penalty units ($826.10).

Seeking review of an infringement notice

Such an application must be made in writing and must state the grounds upon which review is sought. A person may only apply for an infringement to be reviewed once.

If you require legal advice or representation in any sort of legal matter, please contact Go To Court Lawyers.