Fraud in South Australia is charged under the general offence of deception, which is found in section 139 of the Criminal Law Consolidation Act 1935 (SA). This section replaced the common law offences relating to dishonesty that applied in South Australia before 2002.

The offence of deception is established when:

Penalties for fraud in South Australia

The penalty for fraud in South Australia, and other deception offences, varies depending on the circumstances in which the offence occurs. 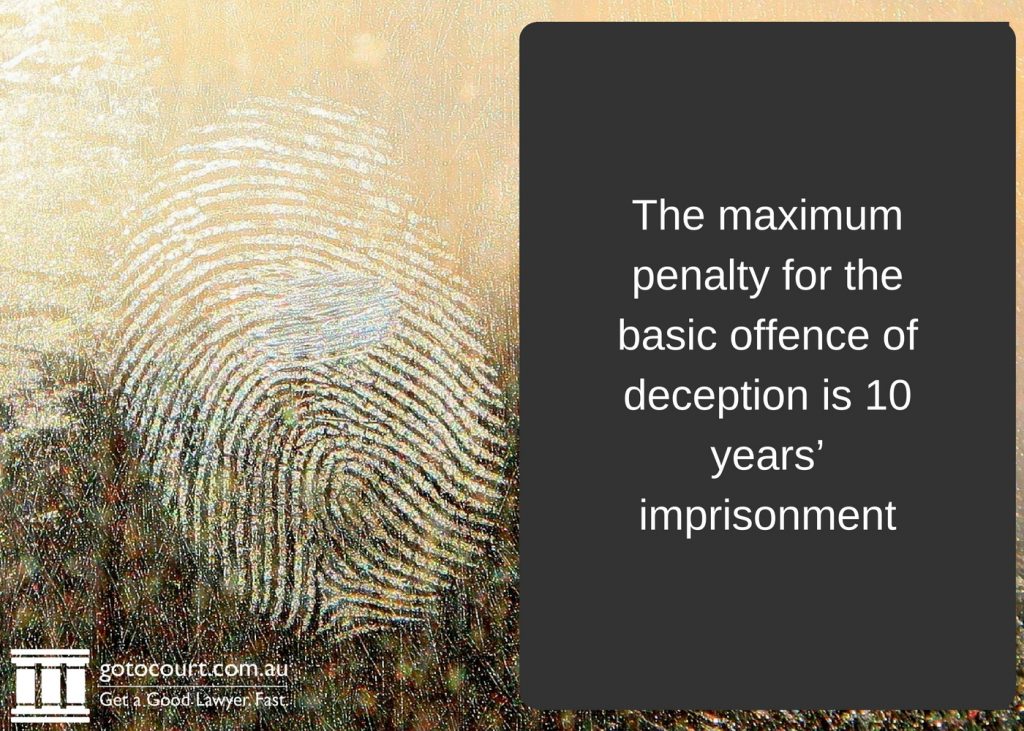 This maximum penalty increases to 15 years’ imprisonment in circumstances of aggravation.  These circumstances include cases in which:

The aggravated version of the deception offence also applies in circumstances where the offender deceives a particular type of person, such as:

Deception is defined under section 130 of the Criminal Law Consolidation Act 1935 (SA) as words or conduct that:

Dishonesty is also defined under the legislation. Section 131 states that conduct will be dishonest if a person knowingly acts in a way that ordinary people would consider dishonest.  This is a question of fact to be decided at trial by a jury.

Defences for fraud in South Australia

The Act sets out a number of circumstances where conduct will not be considered dishonest, such as:

If you have been charged with deception but you believe that one of these exceptions might apply to you, it is important to seek legal advice as soon as possible.

There are a number of other offences involving deception, dishonesty, or fraud in South Australia. However, these apply only in specific circumstances and include:

Less serious dishonesty offences may be charged under the Summary Offences Act 1953 (SA).  A summary offence will be dealt with in the Magistrates Court and will carry a lower maximum penalty than the more serious offences described above.

All of these offences require proof of the same two elements:

South Australia also provides for a number of dishonesty offences in relation to gambling.  For example, it is an offence to engage in or facilitate conduct that corrupts the betting on an event (sections 144H & 144I Criminal Law Consolidation Act 1935 (SA)) or to use inside information for betting purposes (section 144K).

Youth Detention (SA)
In South Australia, young people between the ages of 10 and 18 can be remanded in or sentenced to youth detention. Youth detention centres in SA are known as Youth Training Centres. The centres are managed by the Department of Youth Justice and detainees attend school and other programs and activities whilst in detention. In…
Read more…

Contempt of Court Offences (SA)
Whenever a person attends court, it is important that they adhere to court etiquette. This means being quiet and courteous while in court and obeying any directions the judge, magistrate or other court staff give. Failing to obey the directions of court staff or being disrespectful in court can result in criminal charges such as…
Read more…