Disputes can occur between neighbours for a range of reasons such as shared fences, trees noise and animals. When a neighbourhood dispute arises it is always best to try to resolve it directly with the neighbour. If this is not possible, it may be appropriate to seek the assistance of a mediation service. If the situation cannot be resolved through mediation, it may be necessary to initiate court proceedings.

In South Australia, disputes about shared fences are governed by the Fences Act 1975.  Where there is a neighbourhood dispute about who is to pay for a fence or how much they are to pay, the procedure set out in the act must be followed. In general, neighbours will be expected to contribute equally to the cost of building or repairing an adjoining fence. However, where one owner wants a fence of a higher standard than the other, the owner requesting the more expensive fence will have to pay the difference in cost.

Fences are jointly owned by neighbours. If an owner wants to move a fence or put up a fence where there has not been one before, they should get the other owner’s agreement. If agreement cannot be obtained it will be necessary to get a court order.

If you cannot reach an agreement with your neighbour, you should fill out a notice of intention, setting out details of the work you want to carry out and serving it on the other owner. If the correct process is not followed, your neighbour does not have to contribute. Depending on the type of work being proposed this may be a Notice of Intention to Erect a Fence or a Notice of Intention to Perform Replacement, Repair or Maintenance Work.  A notice must be given to your neighbour directly or sent by registered post.

When a neighbour’s tree branches or root come onto an owner’s land, a nuisance situation arises. When this occurs, the owner can usually remove encroaching roots or branches. This will generally need to be done at their own expense, unless the roots or branches need to be removed to minimise damage which is already occurring. It is not permissible to go onto a neighbour’s land in order to remove tree parts and you must not remove any parts that are not on your land.

Where a neighbourhood dispute arises because roots or branches of your neighbour’s tree have caused damage to your property, you may ask the neighbour to pay for the damage. If they do not agree, you can apply to the Minor Civil Actions division of the Magistrates Court for an order compelling them to pay for the damage.

If a tree is a significant or regulated tree, you are not permitted to remove parts of it that encroach onto your property without a court order.

Local councils can make by-laws concerning the keeping of animals and these vary from council to council. State laws relating to the control of dogs and cats are found in the Dog and Cat Management Act 1995. Offences under the act can result in a fine or a summons to attend court. When a neighbourhood dispute arises in relation to an animal, it may result in offences under the act or under by-laws. It may also result in orders being made in respect of the animal.

A person with the care and control of an animal is responsible for any damage caused by the animal if reasonable care is not taken to control it. They are also responsible for ensuring the animal does not cause injury to any person or animal or cause a nuisance.

The act empowers councils to make orders in respect of dogs that cause a nuisance or dogs that are dangerous or menacing. These orders include a destruction order requiring a dog to be destroyed within a specified period and various classes of control order, requiring particular steps to be taken to control the dog. 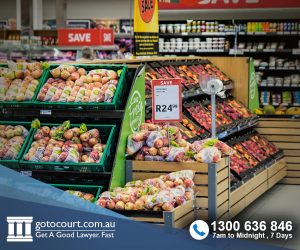 Consumer Claims in South Australia
Consumer claims in South Australia are mostly handled by Consumer and Business Services (CBS) which forms part of the Attorney-General’s department. There are however, a range of statutory bodies which have also been established to deal with consumer claims in SA. These include the Australian Competition and Consumer Commission (the ACCC) the Telecommunications Ombudsman which…
Read more…