Civil Law » NT » Challenging A Will

If you are thinking of challenging a will in the NT (Northern Territory), it may be possible to do so on one of a number of grounds. For example, you can claim that the will was not validly made because the legal requirements set out in the Wills Act  were not satisfied (eg the will-maker did not have testamentary capacity to make the will). You can also seek rectification orders from the Supreme Court if the will has an error or does not give effect to the will-maker’s intentions.

Alternatively, if you are related to the will-maker but not named in their will as a beneficiary, you may be able to apply to the Supreme Court for a family provision order under the Family Provision Act, in which case you will be entitled to a part of the will-maker’s estate. 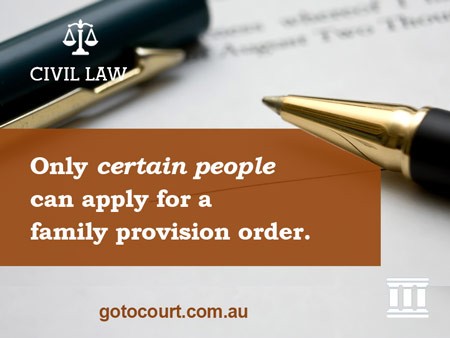 Challenging a will in the NT – grounds of validity

In order for a will to be valid, it must satisfy certain legal requirements. You can read our article on making a Will in the Northern Territory here. One of the major reasons why a will may not be valid is because the will-maker lacked testamentary capacity to make the will. Under the Wills Act (NT), any person can apply to the Supreme Court to have a will revoked or altered in whole or in part on the basis that the will-maker lacked testamentary capacity.

An application can be made while the testator is alive, but the leave of the Supreme Court is required to have the Will revoked. If, after the death of a testator, a person believes that the testator lacked capacity, they should speak to a solicitor about lodging a caveat with the Probate Registry prior to probate being granted.

Under the Wills Act (NT), any person can seek the rectification of a will on the basis that it has a clerical error, or it does not give effect to the will-makers’ instructions. An application for such an order must be made within 6 months of the will-makers’ death. The Supreme Court can extend this period by a further 6 months, but not if final distributions under the will have already been made.

Challenging a will in the NT – common law grounds

Challenging a will in the NT might be possible on the basis of one of a number of common law grounds, including that the will-maker was subjected to undue influence or pressure in preparing the will, or the will was forged or written by a person other than the will-maker. If the will is revoked on one of these grounds and the will-maker did not have another will, then the will-maker will be an ‘intestate’. This means the will-maker’s estate will be distributed amongst his or her relatives based on a particular statutory formula.

This should be kept in mind when seeking an order to have a will revoked, because you may not ultimately benefit from the revocation of a will. To avoid revoking a will, you could mediate the dispute with the executor of the will, in which case you may be able to reach a settlement.

Challenging a will in the NT – family provision orders

Generally speaking, it is up to the will-maker to decide who is named in their will as a beneficiary. However, in certain circumstances, a relative of the will-maker who is not named as a beneficiary under the will (or not adequately provided for in the will) can apply to the Supreme Court for an order requiring the executor of the will-maker’s estate to set aside part of the estate for their maintenance. These orders are called ‘family provision orders’ and are issued under the Family Provision Act.

The Supreme Court has a broad discretion to make an order for family provision, and adopts a two-stage process when determining whether an order should be made. The first step is the ‘jurisdictional question’ which is the question of whether the person is eligible to make a claim under the Act. The second step is the ‘adequacy question’ and is where the Court determines if, relative to the size of the estate and the other competing claims against the estate, the claimant has been left with inadequate provision.

Only if the claimant has been left with inadequate provision will the Court make an order for further provision.

Civil Law, NTChallenging A Will