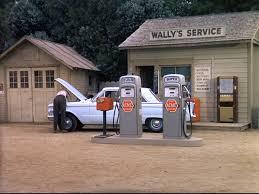 The NSW Police have seen an increase in Fail To Pay (FTP) fuel thefts in recent years. The current system of service station owners reporting the crime to their nearest station was making it difficult to see any overriding patterns relating to offender behaviour. Extensive consultation with the service station industry showed that a new reporting method needed to be introduced.  A system was needed that allowed investigators to track trends in FTP, and allow police to identify times and locations where service stations were vulnerable to theft. It was decided that a centralised recording system was needed to help identify repeat offenders, especially those that are actively engaged in organised fuel theft. Service station owners are also encouraged to introduce pay before you pump systems to avoid FTP offences altogether.

Instead of service stations reporting the theft to their local police station, they are now to fill out a Drive Off/Fail to Pay for Fuel form and fax it to a centralised police command, PoliceLink.  This is a standardised form that records the incident details, and will be reviewed, recorded, and then referred to the local area command for investigation.  The form gives you two options. The first is for the incident to be recorded, but no action is required by the police. The second options requests that the police investigate the incident. All the details of the offence need to be provided including the details about CCTV footage, action of the driver and passenger, registration details, and how much fuel was taken. This new system will allow police to track trends, and ultimately improve the efficiency of catching offenders. It is important that service station owners do fill out, and return, the form for every incident of theft to ensure that all offences are recorded. The new system has come under attack with the media reporting that the new procedure has resulted in fewer service stations reporting the crime. The Police maintain that the decrease of reports is due to the new system better defining the difference between FTP offences that are criminal verse civil.

The difference between criminal and civil FTP matters

There is a distinction between someone filling up there car with petrol and driving off, compared to someone attempting to pay to only discover their card declines, or they left their wallet at home. Petrol theft is considered “Fraud” under section 192E of the NSW Crimes Act 1900. Petrol theft may seem like larceny, but actually falls under the definition of a fraud related offence. The reason for this is that the owner of the petrol allows a person to place fuel in their vehicle on the presumption that it will then be paid for. By intentionally failing to pay for the fuel the promise to pay has been broken. Therefore, the owner of the fuel has been deceived. It is not a criminal offence if you have the intention of paying, but once you are at the counter your card declines, or you have left your wallet at home. In these circumstances the service station will record your personal details such as your driver’s licence number, your name, and address. You will then be able to leave with the undertaking that you will come back, and pay, for the fuel. If this occurs, and the person then fails to come back and pay, the only recourse for the service station is to commence civil action to reclaim the money. Prior to the new reporting system being introduced service station owners were reporting these events to their local police station, which would record the incident, and advise that it is a civil matter.

Intentionally not paying for fuel is a serious criminal offence, and as mentioned above, is considered a fraud related offence. Fraud is defined as a person who by any deception, or dishonesty, obtains property belonging to another, is guilty of the offence of fraud. Fraud also occurs if the property was also obtained through a financial advantage, or causes any financial disadvantage to another person. The maximum penalty for a fraud offence is 10 years imprisonment.