What does an arrest mean?

An arrest is the act of detaining a person, usually in response to a crime. Although a private citizen can also make an arrest, it is usually the police who exercise the power of arrest.

A lawful arrest in New South Wales consists of the following three elements:

When can a person be arrested in New South Wales? 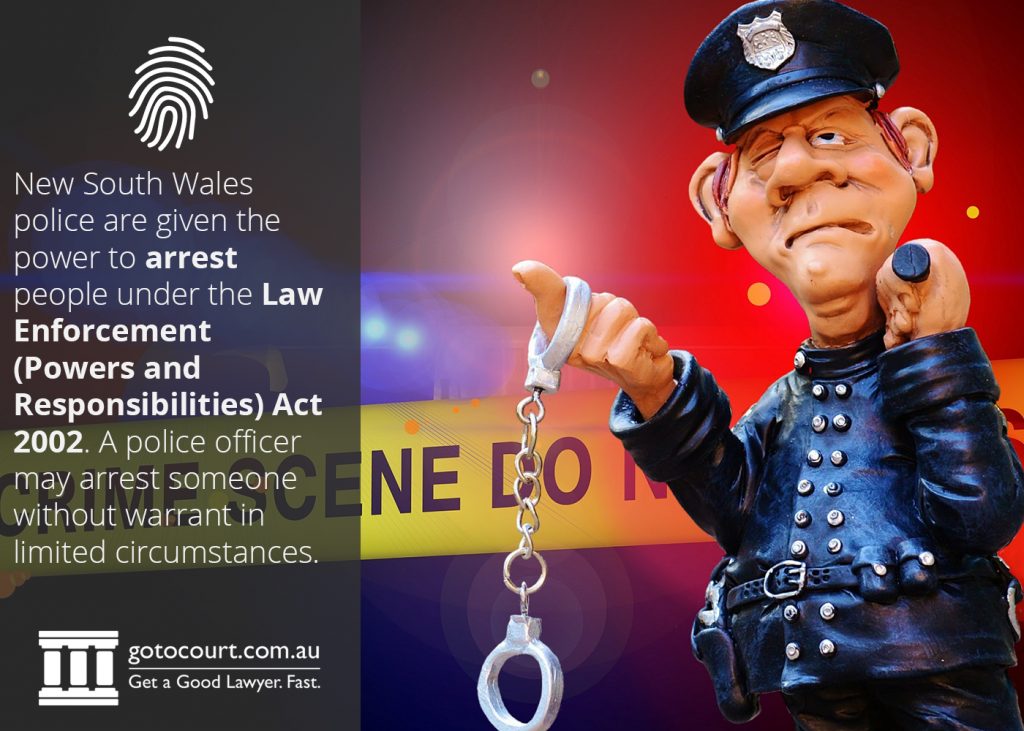 What do the police need to do when arresting someone?

The legislation requires police officers to provide the arrested person with the following information:

The police need to provide this information as soon as it is reasonably practical to do so.

Can the police use force to arrest someone?

If the police use unreasonable force to arrest someone they can by charged with assault. Even if a person is innocent it is important that they cooperate with the police when being arrested. If you do not cooperate, you could be charged with a further offence, such as resisting arrest.

What are my rights following an arrest in New South Wales?

After a person is arrested they will be taken to a police station where they must be told their rights after arrest.

Some of the rights afforded to an arrested person includes the following:

What is the right to remain silent?

A person has a general right to remain to silent after being arrested in NSW. This comes with the exception of the need to provide your name and address in certain circumstances when dealing with the police.

Offences involving motor vehicles are an important exception to the right to remain silent. In these circumstances, it is necessary to provide information such as your name, address and who was driving or who was a passenger in a car. It is an offence not to do so under the Road Transport Act 2013.

A key right after arrest in NSW is not having to answer questions or to partake in an interview, unless one of the above exceptions apply.

The law requires the police to inform the arrested person that they do not have to say or do anything in response to questioning and that anything they say or do may be used in court. If police do not give a person this caution or if they do not respect a person’s refusal to be questioned, it is possible that the questioning made inadmissible as evidence.

How has the right to remain silent recently changed?

Amendments to the Evidence Act 1995 have changed the right to silence for people arrested for serious indictable offences. In NSW, these are offences which are punishable by imprisonment for five years or more.

The amendments permit the court to form an ‘unfavorable inference’ against a person who has been arrested if they refuse to answer questions about, or fail to mention a fact, that is later relied on within their defence. However, in order to do this the police must give the standard caution and also give a special caution which explains that a failure or refusal to mention something that is later relied upon in court may harm their defence.

Additionally, this special caution must be given in the physical presence of an accused’s lawyer and the opportunity must have been provided to consult with the lawyer.

After a person is arrested it is important that they seek legal representation. A lawyer can help by explaining how the law applies to the person’s individual circumstances. They can advise the arrested person of what they should or should not say. A lawyer can also assist with applying for bail and can represent the person in court.

Can the police search someone after they have been arrested?

How long can the police detain someone after they are arrested?

After arrest in NSW a person can be detained for a six-hour investigative period. This period can be lengthened by a warrant from the court for a further six hours.

After the investigative period is up, the person must either be: