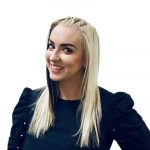 Katie Jolliffe-Carmona was admitted as a solicitor in the Supreme Court of New South Wales in June 2018 and is based at our Jesmond office. Katie completed a Bachelor of Arts and a Bachelor of Laws at the University of Newcastle and obtained her Graduate Diploma of Legal Practice from the College of Law. Katie has experience in criminal law, traffic and license matters, family law, and care and protection matters. She is a strong advocate for children’s rights and promoting the rights of disadvantaged peoples in the community.

Youth Justice Conferences are a diversionary option available to young offenders who have been charged with a criminal offence. They are an alternative way of dealing with offences that are too serious for warnings or cautions while allowing the young person to avoid going through the court system. Youth justice conferences bring young offenders, their family and supporters face-to-face with the victim, their family, supporters and the police to discuss the crime and how people have been affected the behaviour.

How do Youth Justice Conferences work?

Youth Justice Conferences are conducted by a youth justice convener who helps direct the discussion and ensures that everyone has the chance to speak. Other experts may also be present at the conference, including respected members of the community and Indigenous Elders. Together, everyone who participates in the Youth Justice Conference will decide on a suitable outcome or plan of action for the young offender. This may include:

Why were Youth Justice Conferences introduced?

The Young Offenders Act 1997 (NSW) provides police with various way of dealing with young people who have become involved in illegal activity. The act seeks to steer young offenders away from the court system by giving police the power to direct them to alternative interventions in appropriate cases. The act is a result of many years of trials and reforms of the Juvenile Justice System.

The NSW Police, Office of the Director of Public Prosecutions or the Children’s Court can refer matters for Youth Justice Conferences. There are certain types of offenders who are not eligible for conferencing, such as those charged with serious criminal offences (those that must be heard in the District Court).

A matter can be referred to Youth Justice Conferences if:

A Youth Justice Conference is successful if:

Youth Justice Conferences are a positive approach to dealing with young offenders. Participants in the conferences, including victims and offenders, have reported positive experiences, with the likelihood of future offending reduced.

If you know a young person who is or has recently become involved in the court system for offending behaviour, it is worthwhile seeking legal advice so that you are aware of the options available for dealing with the matter, including youth justice conferences.

If you require legal advice in any matter please contact Go To Court Lawyers.