These rules include exchanging details with the other motorists involved, assisting any injured people, and cooperating with police. There are also a number of charges that can occur after a traffic accident in NSW. These offences and penalties are summarised in this article. 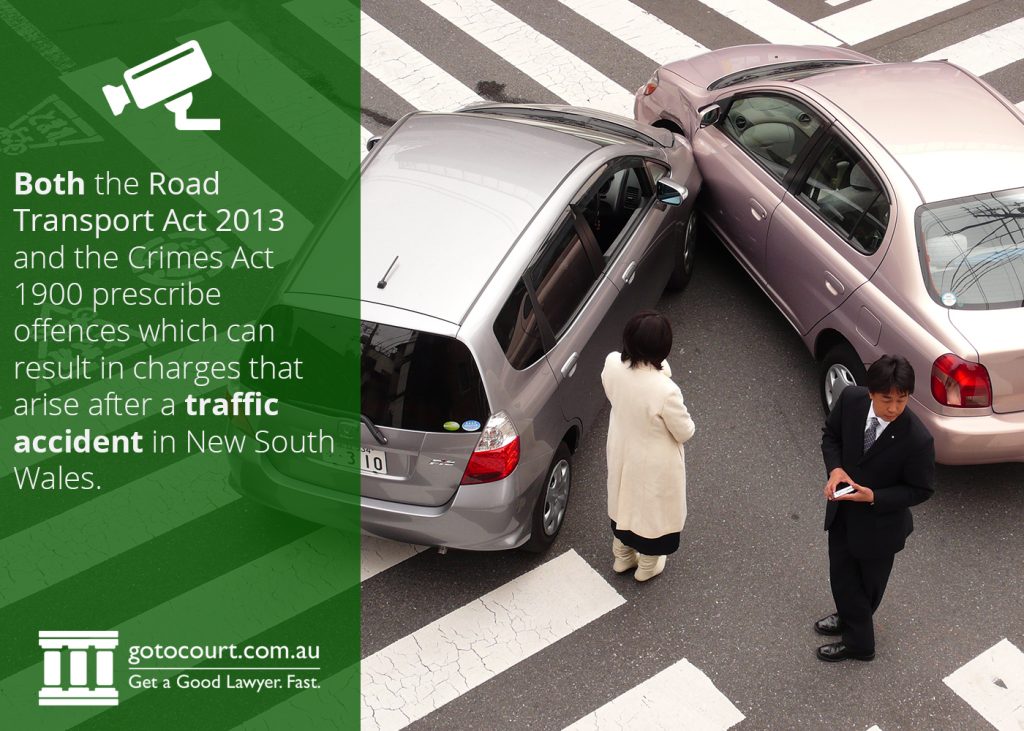 Offences relating to the accident in New South Wales

The Road Transport Act 2013 requires a driver involved in a traffic accident to stop and give all necessary assistance within their ability to any injured persons at the scene. Failure to do so may result in a fine up to 30 penalty units ($3,300 at the time of writing) and 18 months’ imprisonment.

The Road Rules 2014 requires drivers involved in a crash to give their name and address, the vehicle’s registration number, and any other information that identifies their vehicle to the other driver(s) involved in the accident. Drivers must give the same information as well as details about the accident to the police if anyone is killed or injured, or if asked by the police. Failure to do so may result in a fine up to 20 Penalty units ($2,200 at the time of writing).

Traffic laws in NSW require all motor vehicles to be registered. The maximum fine is 20 penalty units ($2,200) for operating an unregistered vehicle.

The charges and penalties that apply to unlicensed or suspended drivers who are involved in an accident in NSW are listed in the table below.

A driver who causes an impact to another vehicle and intends to cause actual bodily harm may be imprisoned for up to five years. Causing an impact includes colliding with another vehicle or causing it to overturn or leave the road.

The Crimes Act 1900 also makes it an offence for a person driving furiously or negligently to cause bodily harm to anyone. The driver is liable to up to two years’ imprisonment if found guilty of this offence.

Causing physical harm due to dangerous operation of a vehicle

The offence of causing physical harm due to dangerous operation of a vehicle includes negligent driving. Negligent driving is not defined in the Road Transport Act 2013, however, the courts have held that it means driving in a manner which falls short of the standard expected of an ordinary driver in those circumstances.

If a motorist drives negligently and causes death, they face a penalty of a fine up to 30 penalty units ($3,300) and 18 months in prison. Negligent driving which causes grievous bodily harm attracts a maximum penalty of 20 penalty units ($2,200) and prison for nine months.

The Crimes Act 1900 also carries heavy penalties for drivers who cause the death of another person in a car accident when the driver was under the influence of alcohol or drugs, driving at a dangerous speed or in a dangerous manner. This is known as dangerous driving.

A driver convicted of dangerous driving faces a maximum penalty of 10 years in prison. If the driver exceeds the prescribed concentration of alcohol, was driving more than 45 km/h above the speed limit, was escaping police pursuit, or was substantially impaired by drugs, the offence is ‘aggravated’ and the maximum penalty increased to 14 years’ imprisonment.

If a driver causes grievous bodily harm while driving dangerously, they may be imprisoned for seven years. If any of the aggravating conditions mentioned above are present, the maximum penalty increases to an 11-year jail sentence.

You have a general right to remain silent when approached by police officers. However, you must give your name and address and Australian drivers licence details if asked by police at the crash scene. Failure to do so may attract a fine up to 20 penalty units ($2,200).

You may also be asked to provide details about the accident. It is always wise to comply with a direction given by a police officer. However, if you have not been arrested, you do not have to go with the police to the police station for questioning. You should confirm with the officer whether you are required to answer or comply before doing so, and check these obligations with your lawyer. 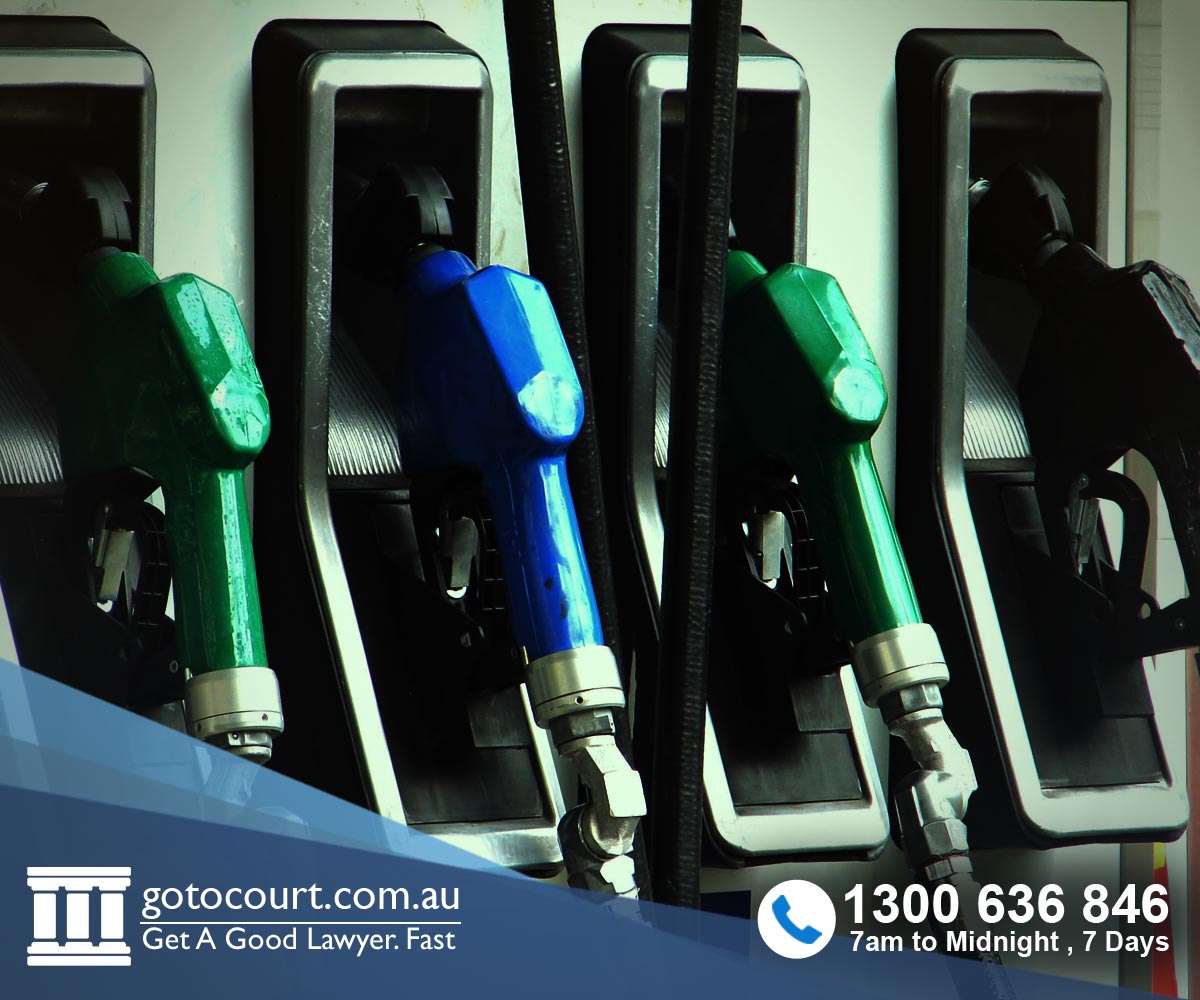 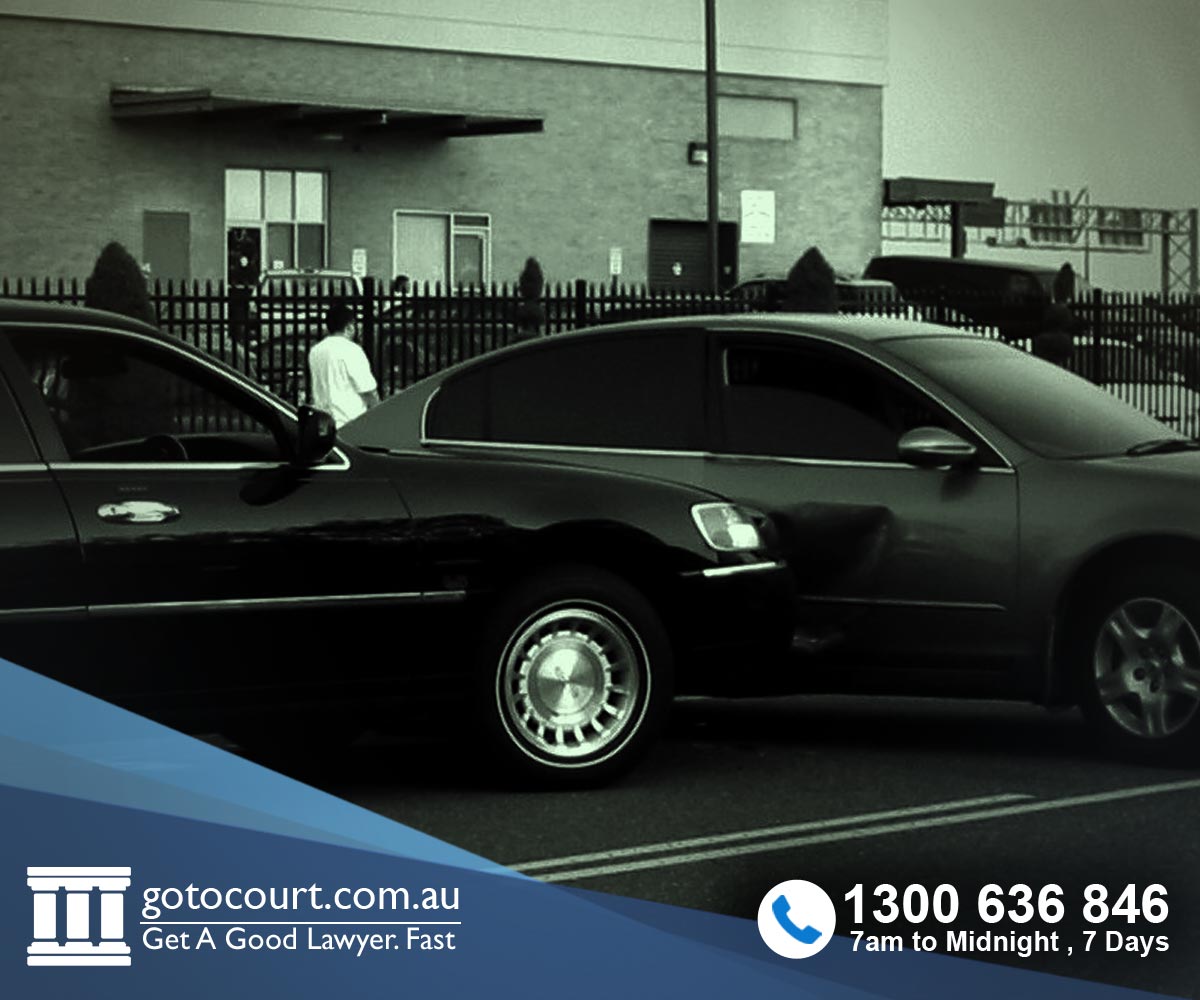