Both the Family Court of Australia and the Federal Circuit Court use the Family Law Act 1975 (Cth) to determine family law matters. 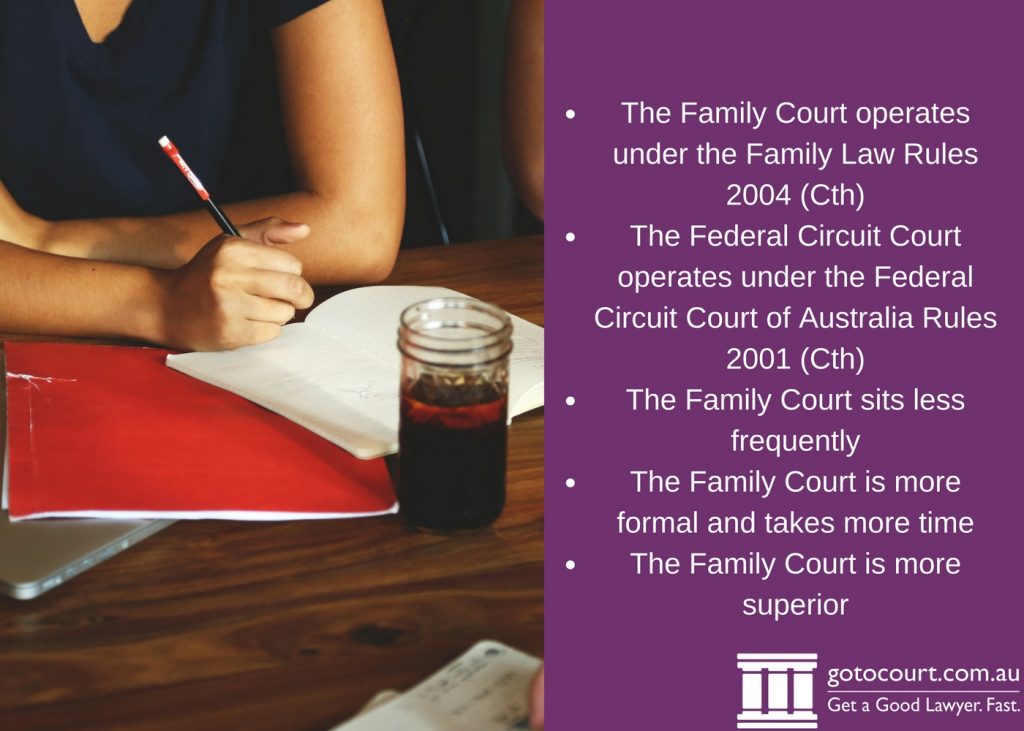 The filing fee in each court is the same for most applications.

Which court to file?

The Family Court has jurisdiction to hear all family law matters except divorce. It deals with more complex matters, including:

Filing in the wrong Court

There may be instances where a party files an application in the wrong court. This is owing to the overlap in the jurisdiction. In this instance, either party or the court can transfer the matter to the correct court.

There is no right of appeal from a decision to transfer a matter between the Family Court of Australia and the Federal Circuit Court.